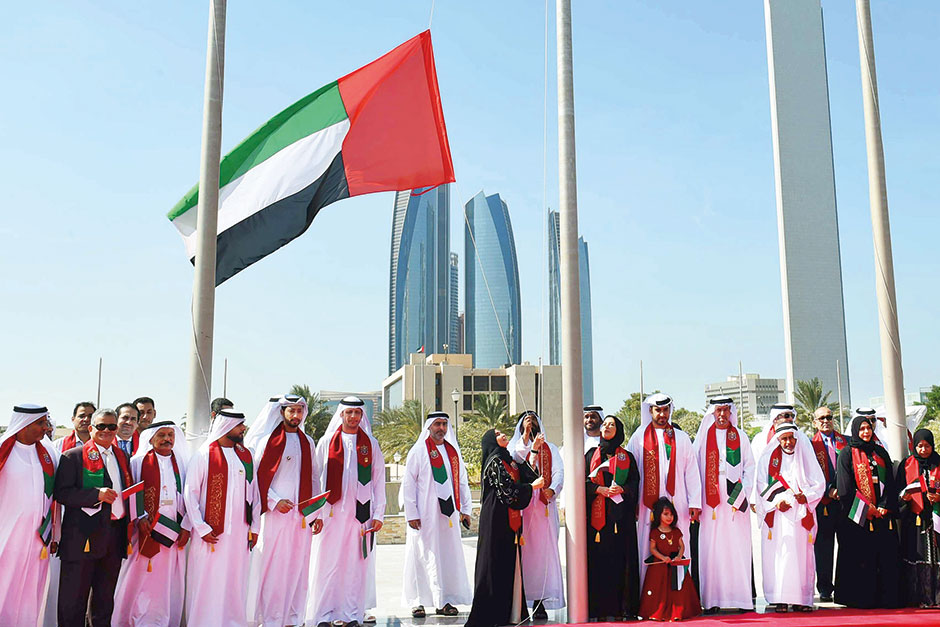 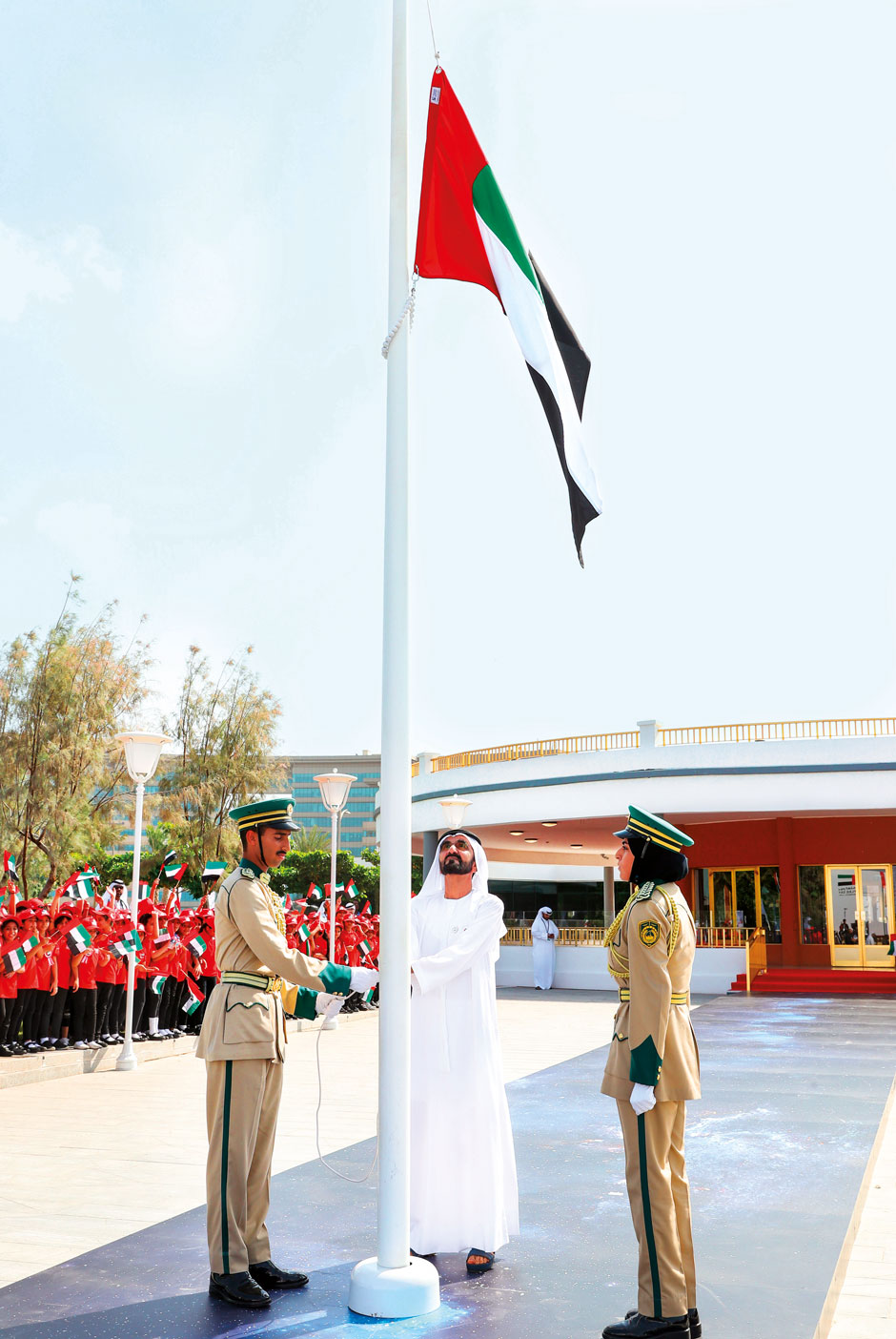 Dubai: National pride was on full display on Thursday as the UAE flag was hoisted across the country at 11am.

In a light breeze, the UAE flag flew high at schools, government and private offices and public venues.

United by the occasion, citizens and expatriates gathered to show their love and appreciation to the UAE and its visionary leadership.

The nationwide celebration, first launched in 2013 and normally celebrated on November 3, marks the accession of His Highness Shaikh Khalifa Bin Zayed Al Nahyan to the office as President of the UAE in 2004.

His Highness Shaikh Mohammad Bin Rashid Al Maktoum, Vice-President and Prime Minister of the UAE and Ruler of Dubai, began the celebrations by hoisting the UAE Flag at the Union House in the presence of 1,600 students and UAE officials.

“Today we celebrate another key national occasion, just days after celebrating the launch of our first satellite fully built by Emiratis,” Shaikh Mohammad Bin Rashid said. “On this day, we remember the martyrs who have sacrificed their lives to defend the sovereignty of the nation. We also pay tribute to our brave soldiers in the battlefield who stand tall defending justice.”

Greeting the students, he added: “On this occasion, I call on our youth to protect and honour our flag and make sure that we fly it high in all sectors.”

In a series of tweets, Shaikh Mohammad Bin Zayed said: “As we celebrate UAE Flag Day throughout our homeland, we feel the symbolism of the flag, which is always associated with the UAE’s union, sovereignty, glory and pride. Yet, this year’s celebrations are quite different; it coincides with the Year of Zayed, who unified our country and people under one word and banner — The banner of the union.”


He added: “A flag is not just a banner or symbol for a country, but a strong bond between the homeland and its citizens from which we derive the value of the homeland and the importance of defending it and sacrificing for its sake. The UAE flag will always bring us together under the umbrella of love, from which we derive sentiments of pride, determination, happiness, development and loyalty.”

Al Fursan, the aerobatics demonstration team of the UAE Air Force, flew past the Union House, painting the sky in the colours of the UAE flag – green, white, black and red.

Shaikh Mohammad and his accompanying delegation visited the Etihad Museum where he talked to some of the children about their ambitions and encouraged them to pursue their dreams, to become the future leaders of the country.


Every year, the UAE flag can be seen adorning buildings in the run up to November 3 (National Flag Day), a sign reflecting the unity and patriotism felt by the public towards the country and its leadership.

This year the occasion was celebrated on November 1 as November 3 happens to be a Saturday.

The UAE’s red, green, white and black flag was officially adopted as the symbol of the country on December 2, 1971.