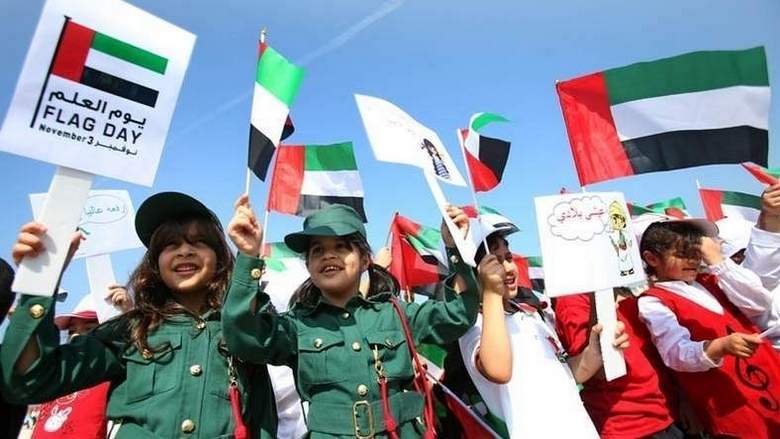 UAE flag is hoisted across all government departments and buildings across the emirates.

The UAE Flag Day is commemorated on November 3 every year since it was first launched in 2013 by His Highness Sheikh Mohammed bin Rashid Al Maktoum, Vice-President and Prime Minister of the UAE and Ruler of Dubai.

But this year, it will take place on November 1, according to Sheikh Mohammed’s announcement.

The day marks the anniversary of the President, His Highness Sheikh Khalifa bin Zayed Al Nahyan, when he became the president of the UAE in 2004. 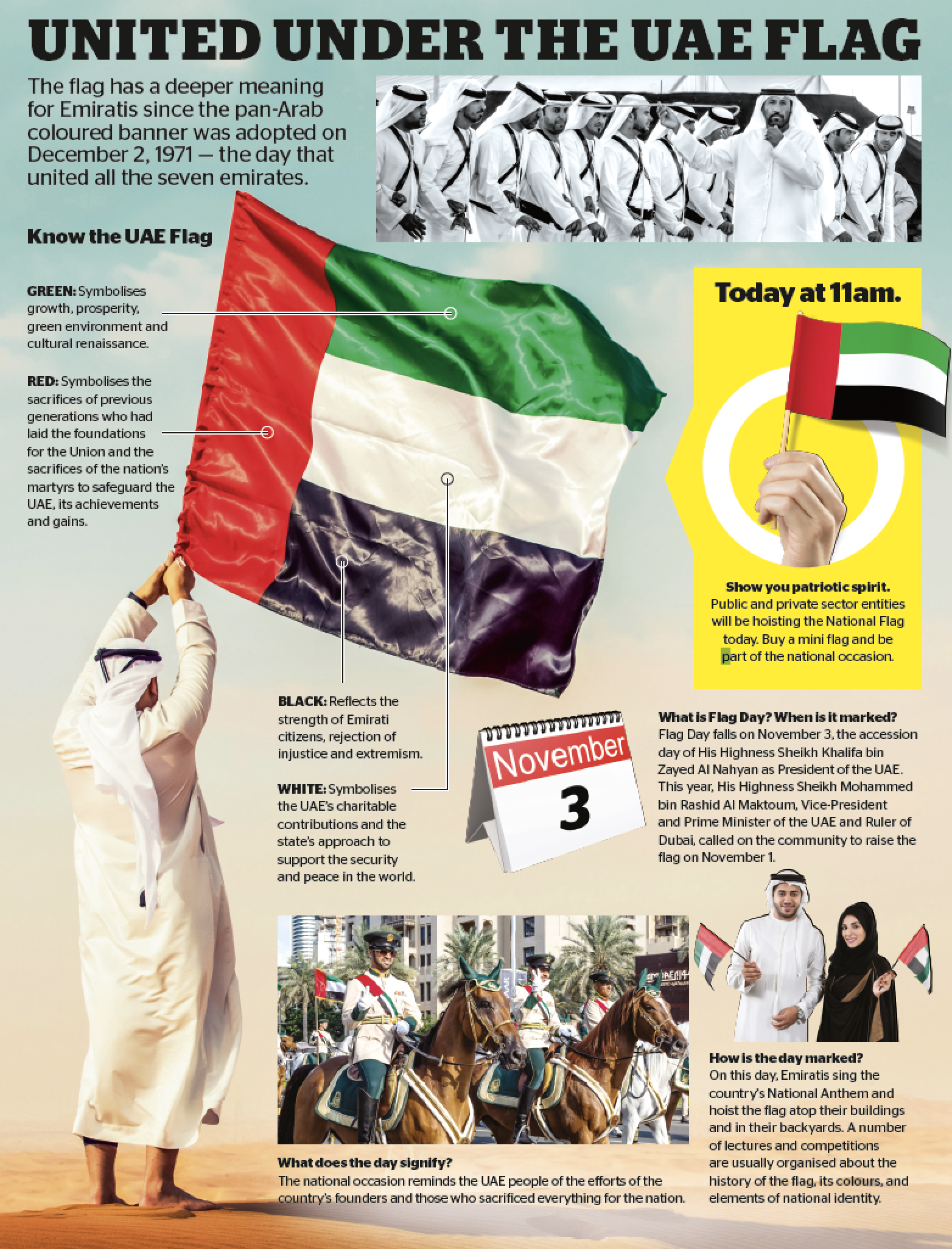 UAE flag is hoisted across all government departments and buildings across the emirates.

Dubai residents and expatriates, including private companies, also join in the celebrations by hoisting the flag in honor of the country’s past, present and future and remember the efforts of the founders of UAE. The day renews the national spirit and reflects on the success of the country.

The UAE flag represents justice, peace, tolerance, power and moderation. The red color symbolizes the sacrifices of those who laid the foundations for the union. Green symbolizes growth, prosperity and cultural renaissance. White displays charitable contributions and support for security and peace in the world. While, black reflects the strength of Emiratis, and their rejection of injustice and extremism.

According to the Ministry of Culture and Knowledge Development, the UAE flag law states: “Any person who publicly drops, damages or in any way insults the Union flag, the flag of any member emirate in the Union on the flag of any other country as a result of disgust or contempt of the powers of the Union, the emirates or the relevant countries, shall be punished by prison for a period of no more than six months and a fine of no more than Dh1,000.”

UAE Flag Day was celebrated on November 1, here is all you need to know.