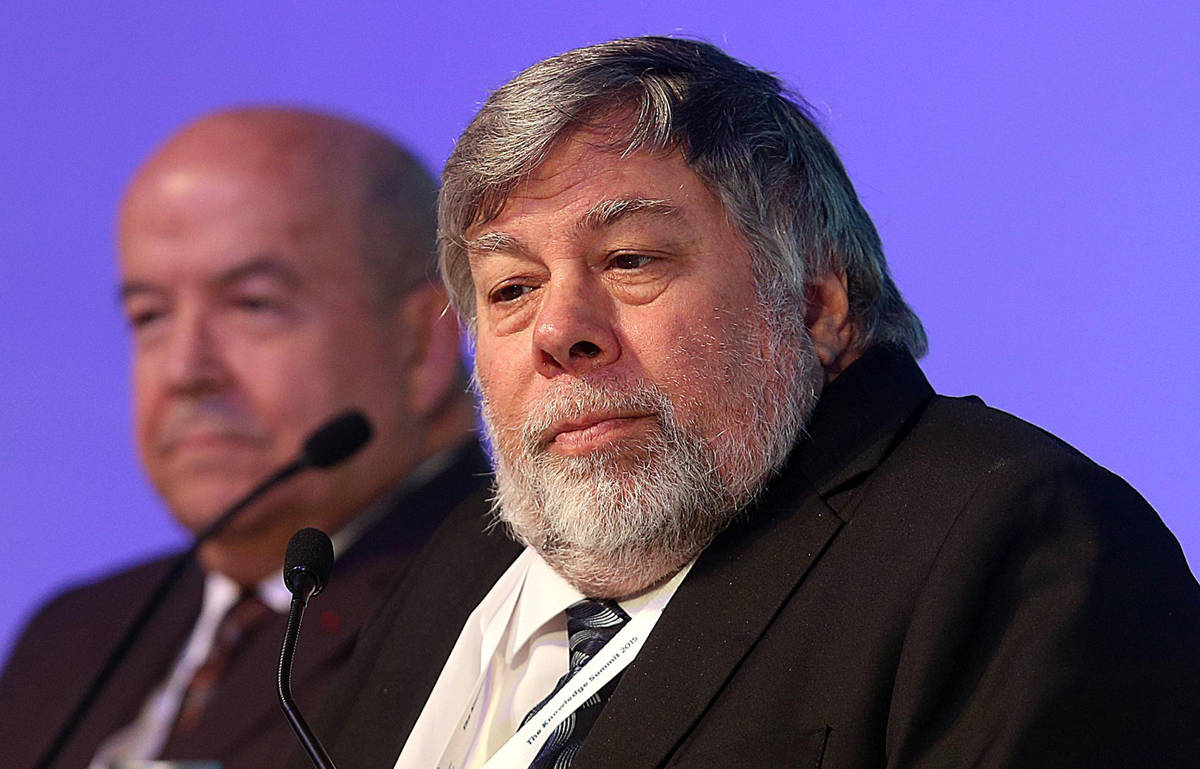 Whilst the late Steve Jobs was keen to turn Apple into the behemoth it has become, Mr Wozniak was more concerned with ensuring the developing technology retained that human interaction and simplicity for which it has become famous.


Speaking at the International Government Communication Forum in Sharjah alongside a panel of other tech experts, Mr Wozniak said the time is right for governments around the world to seize back control of the internet’s wild west.

“We are constantly in a battle between humans and technology, as technologists we should do everything in our power to create new tech in the most human and natural way,” said Mr Wozniak, who founded Apple Computers in 1976 with Jobs and Ronald Wayne.

“Communication moves in both directions and governments should be totally inclusive in this.

“Governments have to understand that these tech companies control a lot of the information available to us and they often want to disperse certain ideals and values upon us.

“We probably need a new form of government to regulate this – if I share information, who then owns that information?

“I hope we can come up with new technology in the future that will replace things like today’s Facebook that takes people’s information and turns it into billions of dollars.”

Mr Wozniak cited the rise of bitcoin as an example of how technology can quickly develop without a central authority.

As an investor, Wozniak has experienced both sides of the bitcoin, earning a small fortune after buying in early, but also losing the value of several coins when he sold to someone who paid for the digital currency using a stolen credit card.

The technology behind cryptocurrencies, blockchain, could yet provide a solution on how internet users and governments can secure private data online.

The social media information crisis could prove to accelerate the development of the fast emerging blockchain technology, promising a secure method of information exchange through encryption.

Also speaking on the panel discussion was Jimmy Wales, founder of Wikipedia, the non-profit online encyclopedia, who said governments are often too slow to adopt the latest technologies.

“Governments by the nature of their structures are slow and bureaucratic, so it is naturally difficult for them to keep pace with the development of technology,” he said.

“Generally, those who are elected as public officials around the world are not technologists so their understanding of technology is quite thin.

“Some governments also have a problem with encryption.”

Although some governments are concerned over ‘weaponized misinformation’ to disrupt society, the use of blockchain to protect personal data could become a useful tool in the future, the experts said.

“To ban encryption is like saying let’s ban mathematics, even if there are problems with it, it is not something that should be banned by governments,” Mr Wales said.

“These systems are dynamic, and it is very hard for governments to control the flow of this information to it is citizens.”

One government blockchain success story is that of Estonia, where hash-linked, time-stamping or blockchain has been in operation in many online registries since 2012.

The distributed ledger gives people more control over their data and disempowers a central authority, so whilst teachers can enter grades onto someone’s record, they can’t access their medical history, for example.

“There’s an opportunity for governments to become a platform, with people increasingly wanting to transact online, and deal with governments in a more agile way,” said Inma Martinez, an artificial intelligence pioneer and digital scientist who has spoken on behalf of the British government on tech development.

“Governments have a responsibility to safeguard the identities of their citizens, as no one is better placed to look after your identity.

“It gives you a birth certificate when you are born, and a passport – so information and identity should be safeguarded at a government level.

“People need to be able to trust governments and feel comfortable with this. We are living in a world where too many companies know too much information about all of us.

“Governments need to establish trust, and protect the data of their citizens.

“Blockchain is encrypted so it allows more real transparency, you can prove the data has not been tampered with so it is something you would expect to see being used by more governments in the future.”