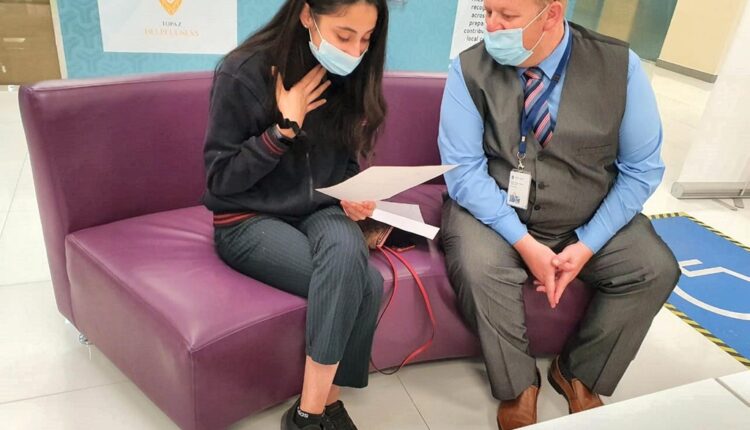 Pupils are being thrown into confusion as government leaders delay decisions on how exams should be carried out next year.

Head teachers and education unions are warning that changes being looked at do not go far enough.

Thousands of children in the UAE are also waiting to see if there are any knock-on effects for pupils taking GCSE or A levels in British schools, as the UK education system consider its next moves.

Among the ideas being considered is a curtailed curriculum in some subjects, or exam papers with more optional questions, reducing the number of answers that pupils need to provide.

GCSE exam results have been earmarked for August 26 and A-levels for August 19, but so far nothing is confirmed.

The UK Government is partly reacting to the fallout from the 2020 exams scandal, where results were chosen by an algorithm. It controversially lowered some students’ marks, eventually causing such an outcry that the government abandoned it in favour of results based on teachers’ predicted grades.

They do not want to repeat that but they also want to ensure students have enough class-time to do the work and have the answers come exam-time.

Cambridge Assessment is the body that oversees A-levels and international GCSEs.

“Any decisions we make regarding our future exam series will be made in consultation with our schools. We have published a wide range of measures to help students and schools make a success of the June 2021 exam series. We continue to listen to our schools to see what further support they may need, and are regularly reviewing their feedback,” a spoksperson told The National.

Examiners are now being asked to look at more optional questions, delaying exam dates, or cutting back some exam skills, such as spoken languages.

The National Education Union (NEU) warned that the government insisting on exams could prove a mistake.

“As the situation develops it may become inevitable that what we have to move to is a system of centre-assessed grades … everybody appears to agree that this is a real possibility – that we won’t be able to do exams,” said NEU joint general secretary Mary Bousted.

“The only body which is sort of sticking its head in the sand, sticking its fingers in its ears, is the government, and that is what they have done consistently in this crisis.

“They seem to think that if you will something, it will happen, despite the increasing evidence that there are going to be massive problems with that.”

Professor Sir Chris Husbands, Vice-chancellor at Sheffield Hallam University, said: “If you are coming up to your A levels in 2021 for many students, the coverage of the syllabus is going to be a lot more patchy.”

“Teachers are being asked by students what’s happening about exams next year and they can’t tell them,” Geoff Barton, leader of the Association of School and College Leaders union, said.

School governors have also joined the call for contingency plans for the 2021 exams season.

That could include substitute papers for students who are self-isolating or doing classwork under exam conditions.

“Exams are important. Students, now in their second year of study for these qualifications, need a chance to show what they can do,” a spokesman for exam regulator Ofqual said.

“Students will have missed out on some teaching and learning – but we can take the truly exceptional circumstances of this academic year into account as we set standards.”

A Downing Street spokesman said that Prime Minister Boris Johnson was “committed to the exams going ahead next year.”