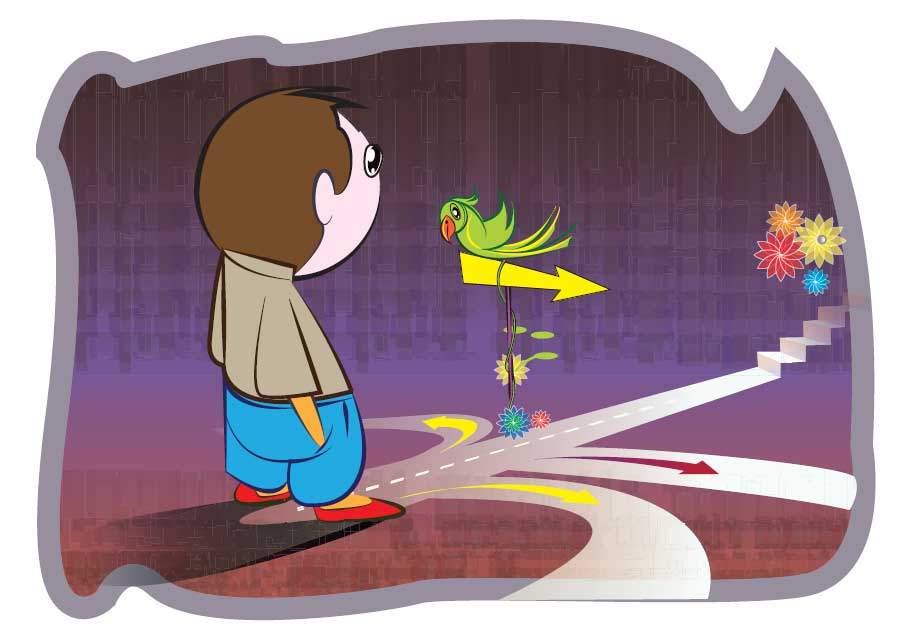 Schools take up the challenge of modern moral education in Dubai

These past few years, worldwide reports on shootings, rape, drugs abuse and bullying have become all too common. In Dubai alone, several students came forward with their tragic bullying stories, which have been reported by Khaleej Times this past year. A 13-year-old Dubai pupil was stabbed to death by another student in a gruesome incident. Not to mention the dokha smoking addiction among youngsters here.

With these out-of-control habits and incidents, what are we doing in order to ensure that youngsters of today know what’s right from wrong, imbibe good ethics and decision-making skills?

Educators think teaching moral education to students has bec-ome increasingly important in the current age. Moral education became a required subject for students in grades 1-9 in all UAE schools last year, after His Highness Sheikh Mohamed bin Zayed Al Nahyan, Crown Prince of Abu Dhabi and Deputy Supreme Commander of the UAE Armed Forces, gave directives for it be included in the curriculum as part of a national policy.

Khaleej Times spoke to schools on what exactly they are teaching in their moral education classes, and if they are seeing any results.

“Moral education is an essential part of the curriculum for all students. This is not only to counteract negative incidents, but as a significant duty of educators to develop all aspects of a student’s growth, not only academically. Personal and social development has to be encouraged too,” said Megha Jootla, the moral education coordinator at the GEMS FirstPoint School.

“The moral education curriculum not only focuses on the layers of support that students will have once they are in school, but ensures that all students are aware of the support available to them once they complete their education.”


Jootia said the skills they teach to students through this curriculum are applied to real life situations. The students are also

encouraged to apply what they have learned in various scenarios at school: for example, at the morning assemblies, student debates, experiments, while conducting performances, setting up events, parent speeches, creating art work and in school student-led initiatives.

“These all contribute to the common goal of developing res-ponsible, mature and tolerant global citizens. There are also times when students dedicated their time to explore the four pillars of moral education and examined ways they can apply these in their own lives,” Jootia said.

At the Jumeira Bacclauareate School (JBS), students are rewarded for applying the skills they have learned in their moral education sessions during school.

The school has implemented the ‘Our Moral, Our World’ competition, where students who show their efforts get rewarded. Also, their secondary students compete in a weekly online quiz called ‘The Big Moral Education Quiz’, which asks questions about a person’s moral and ethical values.

“Moral education has always been an important part of every student’s growth, but it is fantastic to see the UAE create a focus-ed curriculum to aid its young citizens and residents become more rounded individuals,” said Roisin Mullan, Jumeira Baccalaureate School’s head of individuals and societies and moral education coordinator.

“Increasingly it has become more and more imperative that we act with good moral conduct, particularly in respect to an increasingly social media-driven world. The moral education curriculum teaches our students at JBS to act with positive intentions, helping them to avoid any form of modern day extremism.”

Even though most schools are teaching moral education as a subject in classrooms, some are not yet formally assessing the outcomes of the subject.

This is acc-ording to the recent Indian and Pakistani school inspection report, by the Knowledge and Human Development Authority (KHDA), launched last month.

A total 31 Indian schools were inspected for the 2017-2018 year and 10 per cent of them are already well-developed in moral education, 67 per cent are developed, and in many schools, students cited moral education as their favourite lesson.

The inspection of moral education by KHDA focused on four aspects, including curriculum, teaching, learning and assessment. “Many schools are not yet formally assessing moral education. Some are trying different types of student self-assessment. Most include reference to stud-ents’ personal and social outcomes in written reports to parents,” the report said.

According to national policy, the curriculum of moral education should be built around four pillars, including character and morality, the individual and the community, cultural studies and civic studies.

The aim is to build character, instill ethical outlook, foster community and endear culture, using contexts that include the holistic environment of the school, the home, extended family and the wider community, locally and globally.

It should be taught for at least 60 minutes per week.

“Almost all schools implement one hour a week of moral education, integrated with values education and social studies, and some standalone lessons. Schools involve families and community members to enhance the curriculum,” the report said.

“Students enjoy moral education lessons when activities are engaging and personalised. They enjoy lessons that provide opportunities to explore moral concepts in their own way and at their own level. Most are able to apply their understanding to personal, local and global contexts.”

‘Knowing what is right or wrong moulds the student’s character’

There is no denying the fact that we are living in troubled times. Things like terror attacks and shooting on college and school campuses are almost everyday occurrences. We regularly read of mugging, shooting, rapes, plunder, knifing, stealing and robbing in almost every city and community of the world. The bigger picture – corruption and bribery, war mongering and threats – are everywhere around the globe.

Sadly, but truly, we have become so conditioned that such news has ceased to faze us any longer.

In the face of all this, it is extremely interesting to see the UAE making it mandatory to teach moral education in all schools. We are privileged to live in a forward thinking country where the leaders realise that the path to peace lies in the hands of the youth and that education is key to achieving this.

Dr Martin Luther King, Jr., said: “Intelligence plus character – that is the goal of true education.”

When we ponder on what a complete education includes, Dr King’s words of advice help us understand that pure academic knowledge and intelligence aren’t enough. Examinations, grades and marks do not alone matter.

In reality, it’s the content of one’s character that helps to ultimately determine the choices and actions an individual will ultimately take. Dr King also compared education without morals to a “ship without a compass on a choppy sea with no destination in sight.” Never a truer word was spoken.

A number of world scholars have linked the implementation of character education in schools to the improved academic performance of students. A study done in 2003, out of 600 California schools states that character education “reduced office referrals, improved attendance and test scores, increased skills for conflict resolution, lessening of risky behavior, and overall improved school climate and civility.”

Another study determined that the most commonly affected outcomes included positive impacts on socio-moral cognition, pro-social and behavioural attitudes, and problem-solving skills, among many other areas.

It is very obvious that over the years the focus of education has shifted drastically and there is no denying the  fact that our children are being taught too few moral values in school today and if moral education is included in the curriculum it is at the bottom of the list and given a cursory glance at the most. THIS MUST CHANGE. Moral values help in improving behavior, instilling respect and enhancing relationships with others.

UAE on the right track

Knowing what is right or wrong is a key element in life that shapes the character of an individual. Good moral values allows a person to make the right decisions and improve their interactions with other people. It helps to produce better human beings and this is the need of the hour. Thus the UAE is definitely on the right track. What is critical is that school heads and all staff buy into this and embrace it wholeheartedly.

The initiative of teaching moral education and making it compulsory aims to instil ethical values among UAE school students and to promote such concepts as tolerance, respect, love and community participation – values that are much needed in today’s society. It hopes to develop a spirit of entrepreneurship, positive interaction and responsibility, and encourage a love of learning, creativity, innovation and ambition in pupils.

The challenges of the 21st century require governments, educators and parents to work together to teach ethics and community values to young people, and build an educated, cultured society. And as educators of the present preparing our pupils for the future, it is imperative that we all must work to ensure that this important initiative succeeds.

How relevant is moral education?

Childhood is the most vulnerable period, impacting the overall development of an personality. Primary school life revolves around morals, values, ethics, etc and students imbibe them at a young age. At our school, the moral education programme is based on these elements: moralities, individual and community development, culture and heritage, civic education and rights and responsibilities. So I believe it is vital for schools to have moral education.

Moral values reflect a person’s spirituality and disposition. Moral education enables students to develop into ethical and socially responsible human beings. The best way to inculcate values since childhood is to start learning them at school. Children should instil a sense of committment to the society, kindness, integrity and compassion, respect for others and their emotions, and caring for the environment from a very young age.

Moral education is an umbrella under which a child grows and thrives. A child of today is the future of tomorrow. Being a primary student, I observe that moral education is vital for children to do well in life. Discipline, avoiding bullying, traditions, kindness, honesty, respect for others and forgiveness helps in creating a society which thrives on positivity and good moral values.

Back in the day, people used to live in joint families with their grandparents, aunts, uncles and cousins. All members in the family used to help the children learn important values such as patience, love, sharing, caring, sacrifice and so on. But today, the majority of families are nuclear and parents are often busy working. The children get isolated, makign them self-oriented. So adding moral education is the right thing to do at schools, which is the child’s second home. So moral education must be considered vital to the school curriculum.


As much as we would like, we cannot always be around our children and shield them from the hypocrisies of the grown-up world. Instilling values is important, especially since our children are exposed to different media and have access to information from around the world at their fingertips. They need to develop an understanding of what is morally right, acceptable, and what is wrong. Schools in the UAE are rightly taking a lead.

All the best for CBSE Board examination 2018!