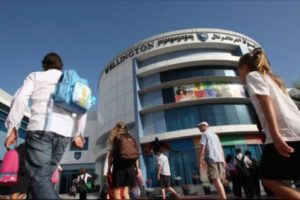 The key elements that will continue to advance the private schools in Dubai over the next 10 years are education for entrepreneurship and work readiness; student happiness and wellbeing; and how best to accelerate the use of technology for future demand, according to the report launched on the sidelines of a forum held by Dubai Government Accelerators.

Prepared in collaboration with the Knowledge and Human Development Authority, KHDA, the report titled ‘The Future of Education’, revolves around creating a climate to establish a blueprint for education. “The world is changing around us, and though there is no blueprint for education, essentially, this report is looking to invent it,” Dr Steve Munby, chief executive of the UK-based EDT said during the launch of the report.

Conducted in the early part of 2017, the study investigated the innovative practices of five K-12 schools in Dubai which were identified as “future-ready” campuses.

The report focused on five interesting cities around the world, with Dubai chosen due to its rapid improvement in outcomes for children, Munby said. “Dubai has one of the most improving education systems in the world. It doesn’t stand still. What parents want from a school is for their child to do their best academically, but also to be happy. If schools can balance both, then that’s where they will want to send their kids.”

In a world that is no longer “standing still”, Dr Abdulla Karam, director-general of KHDA said schools need to keep up with that and focus should be on innovation in schools.

“We need to adapt tools that will enable a future emotional revolution in education. Creating resilience, happiness and courage among young people is a step towards the future,” Karam added.

Dubai schools ‘need to prepare pupils for the future, not just exams’