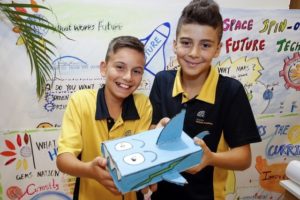 Dubai schools ‘need to prepare pupils for the future, not just exams’

The Future of Education report published by the Knowledge and Human Development Authority said the best schools prepared pupils for the future, not just tests. The research was conducted in partnership with the Education Development Trust, a non-profit education consultancy.

“No one is saying the academics are not important, but what is important is how schools balance that with the well-being of pupils in a way that builds character, resilience and happiness,” said Steve Munby, chief executive of the trust.

“Dubai has the most improved education system in the world because it doesn’t standstill and is constantly moving forward.”

It praised the quality of leadership and spirit of collaboration with other schools.

But the report also highlighted the need to help pupils to develop the knowledge, skills and resilience to prepare them for an unpredictable future.

They need to learn to collaborate, work as in a team, be self-disciplined and use technology to enrich the learning experience.

Schools must also teach entrepreneurship and prepare children for working life, it said.

“Many education systems, and Dubai’s private schools are no exception, are reliant on end-of-school exams to determine where students will continue their studies after they complete their schooling,” the report said.

Such high-stakes exams can lead to an “over-reliance solely on curriculum material”, it said.

“The National Agenda for the UAE aims to ensure the nation is ‘among the best in the world in entrepreneurship’, and recognises that this will require action by educators,” the report said.

It said projects such as the regulator’s 2016 School of Hearts and Minds Survey, which measures pupils’ happiness, were a good step in getting pupils involved in planning school improvements.

A key debate for educators is how to increase the use of technology to meet future needs, in line with the regulator’s What Works initiative.

“One focus area for this programme is the promotion of science, technology, engineering and maths education, and student assessment and evaluation,” the report said.

Schools can support innovation by increasing children’s involvement through forums such as pupil councils, and through celebrating cultural diversity.

Conducting assemblies in Arabic and school-wide recognition of Ramadan and other religious holidays are among the suggestions made by the authors.

“The ability to apply skills and knowledge was highlighted as particularly important,” the report said. “Each of the Dubai schools we visited demonstrated a strong value-driven ethos.

“This permeated every aspect of school life through the behaviour of staff and students.”

Anna Riggall, head of research at the trust, said pupils had to be exposed to real-world experiences to allow for active learning.

“By getting out of the classroom setting and allowing children to experience the “real world” it provides a whole new dimension to the learning process,” she said.

“We found that schools were working in partnership with other educational institutions as well as industry to support the education process.”

Abdulla Al Karam, director general of the schools regulator, said: “We need to adapt tools that will enable a future emotional revolution in education.

“Creating resilience, happiness and courage among young people is a step towards the future.”