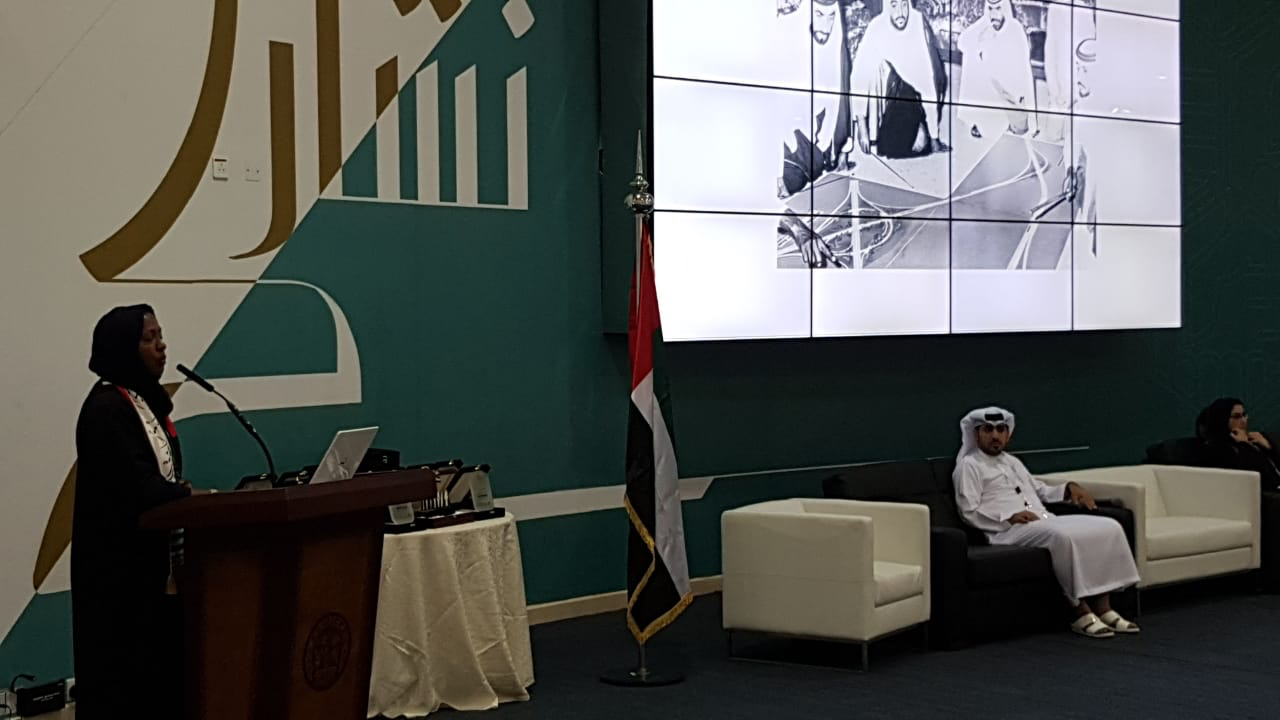 During the event, the National Archives presented a paper, entitled, “Sheikh Zayed: Building Humans and Nations,” which addressed the philosophy of the late Sheikh Zayed bin Sultan Al Nahyan in creating a model country based on its people, under the framework of an integrated community system, which helped to advance the country’s development journey.

Dr. Aisha Balkhair, Research Advisor at the NA, focused, in her paper, on the methodology of developing and adopting the ideology of the Founding Father, Sheikh Zayed, while noting that this methodology began when he constructed homes for nomads, ensured their stability, reinforce their role in building the country, and encouraged them to pursue their education by building schools and providing scholarships for students.

She explained that Sheikh Zayed’s legacy began with the idea of developing people through many stages, adding that the Emirati people evaluated every stage, witnessed changes for the better, and advanced to the next phase, due to the wise vision of Sheikh Zayed.

Dr. Balkhair also highlighted Sheikh Zayed’s keenness to encourage people to cultivate areas surrounding their homes, as well as his efforts to provide them with essential facilities and promote happiness and positivity among the community.