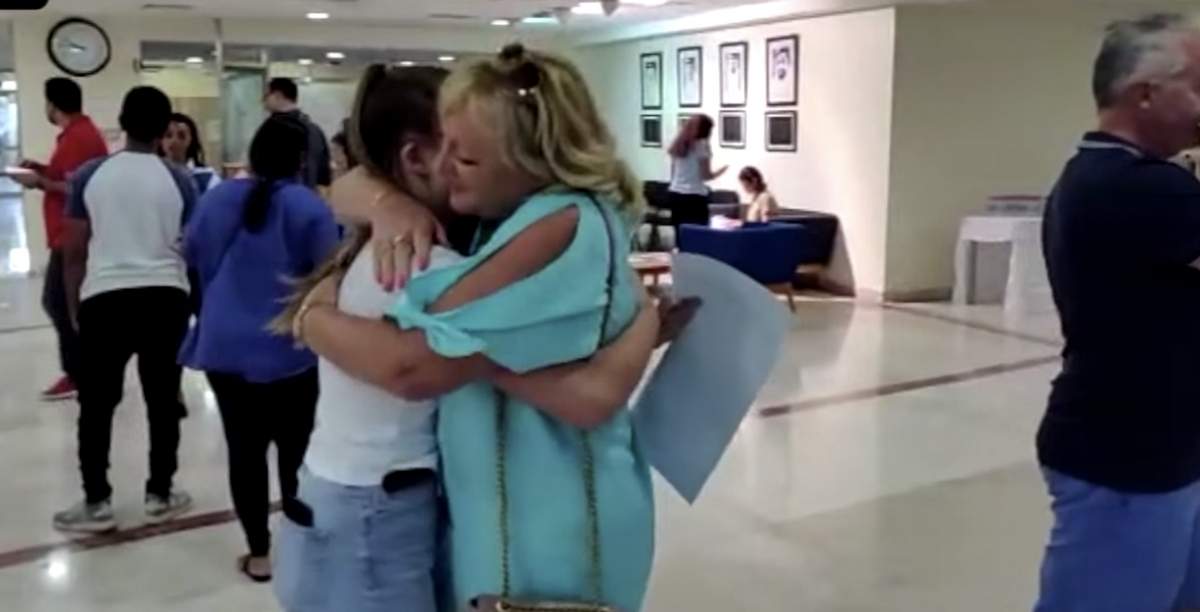 UAE students exceeded their expectations and outperformed their counterparts in the UK once again.

The anxiety and long wait during summer were finally over as students across the UAE celebrated after receiving their IGCSE/GCSE results on Thursday.

Various schools have reported significant higher results this year compared to last year while numerous UAE students have exceeded their expectations and outperformed their counterparts in the UK once again.

The International General Certificate of Secondary Education or IGCSE is an English language curriculum offered to students to prepare them for International Baccalaureate and A Levels.

The school’s highest achieving students were: Hana Ephremidze, 10A* (from Georgia); Omar Mutaz Ahmad Zeidan 9A* 2A (Jordanain); Tayyeb Sabir Ali, 7A* 3A (Pakistani) and Amr Basem Al-Khawaldeh, 7A* 3A (Australian)

The academy’s highest scoring Emirati student was Ahmed Abdulla Matouq Abdulla Alhosani with 6A* 4A and 1B. He said: “I was really nervous opening the envelope but it was a relief when I finally did.  I am so proud of myself because I studied hard and put in extra hours of work at home and at school.

At  Al Bateen Academy in Abu Dhabi, 90 per cent  earned A*, A, or equivalent grades, with 99 per cent of the cohort earning A* to C grades or equivalent while 94 per cent of students achieved an A* to C grade in English, with 85% earning an A* to C grade in Mathematics. The academy reported a 100% pass rate overall. The highest achievers were: Farah Abo Asali with 10A* and 1A (Syrian); Hager El Kasabi, 9A* 3A (Egyptian); Jawad Abdulwahab, 9A* 2A (Syrian); Riad Al Asadi, 9A* 2A (American) and Maria Khakimova 8A* 3A (Russian). The academy’s highest scoring Emirati was Shaikha Al Nasri with 4A* 4A and 2B.


“I’m speechless. It’s been a long year of hard work, but hard work with a well earned end,” said the Syrian student Farah Abo Asali, who plans to study Biochemistry or Genetic Engineering at the University of Toronto. “I pushed myself so hard to get the results I wanted, and had my teachers supporting me just as much to get the results they knew we deserved,” she added.

Jumeirah College achieved an extraordinary 202 ‘9’ grades with 80 per cent of students gaining A* or 9-8 grades.

Sir Christopher Stone, chief education officer of GEMS Education said: “This is absolutely fantastic! GEMS Education students have achieved outstanding results through the support of their parents and the tireless dedication of our teachers. We congratulate all of our students and wish them every success in the coming years.”

Brendan Law, Vice President of Education – British Cluster at GEMS Education, added: “I would like to express how impressed I am to see that GEMS Education students have once again over-achieved in their GCSE results. We are reminded of the hard work and commitment that personifies so many of our young people. We wish our students every success in their future academic endeavours, prior to higher education courses and projects beyond GEMS Education.”

Meanwhile, in only its second year of GCSE examination results, Kings’ School Al Barsha delivered on its mission of achieving ‘The Best by Every Child’ with 62 per cent of all grades being A*-A, an increase of 18 per cent on the school’s A*-A figures from 2017, while a total of 78 per cent of all results achieved were A*-B which was also a significant increase on the previous year.

Repton School Dubai also celebrated exceptional IGCSE examination results with 94 per cent of candidates have achieved five or more A* to C grades and over 29 per cent of all grades reaching the A* standard, the highest total so far in the school’s history.