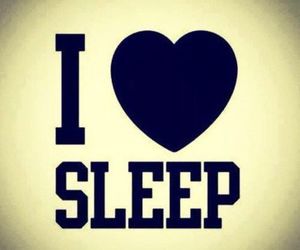 Sleep and I, we have a complicated relationship. When I was a teeny weeny toddler, me and Sleep never had much of a connection, but now things have changed, I go through one of those clingy-attachment issues with Sleep. Now I feel like mathematics, like the Y that can’t stop himself from trying to find his X every single time we ever try to solve his problems.

But as much as I can relate to Y, me and Sleep? Our relationship is sort of different from any others. Okay, maybe not really. Sleep is so patient and tolerant with me as I go through my busy daily schedule that mostly consists of: insomnia, pulling an-all-nighter to watch K-dramas, and studying all night so I can achieve success at my “work” place. Seriously, Sleep should be awarded “The Best Boyfriend Ever Award,” I don’t think anyone could be as best as Sleep itself.

In our auspicious relationship, whenever we get some “alone time,” which is mostly every night for 4-5 hours, we do our very best to utilise that precious time to go on dates. While some might not make any sense at, some are bearable. Sleep likes to take me on a date to carnivals a lot – he does know I’m not very fond of carnivals, yet he still insists I might come to love it if I get use to it. Sleep’s most favorite game at the carnival is that game… What is it called again? Oh yes! Push-me-off-a-cliff. I almost suffer from heart attacks because of that game. The keyword here being ‘almost.’

Sleep wasn’t the brightest when it came to taking me out on dates; it was a flaw of his that I have come to accept. Sleep wasn’t flawless but at the same time, he wasn’t full of flaws either. Albeit he is stupid at times (when it comes to planning our dates), he can be amazing too. He is that non-judgmental, ever-loving guy who doesn’t leave you even if you’re filled with tons of imperfections. Sleep never made me feel like the loneliest person, he never declared me as ‘unfit’ for a world of corruption and depression. During the times I’ve felt vulnerable, Sleep has always accepted me with open arms, pulling me into a dark abyss of peacefulness; he was always the shoulder I’ve cried on, the one I’ve leaned on in my sickness and also gone to for consultation whenever I turned into a spit-fire in anger.

But despite all this, my Grandmother (and maybe every other “adult” I know of) has always warned me from spending too much of my time with him. Some even went far enough to put a curfew on me when I went on dates with him. Some tried to get me to keep him as a secret, as if he was some embarrassment I should deal less with; they said he is cryptic and the dates he took me on are all just some secret message for a wee bit of the future and it shouldn’t be discussed, it’s considered a bad omen. I didn’t know that.

All these words everybody uttered into my ear had an effect on me. They got me thinking all these thoughts I never bothered to think of. Sleep is cryptic and mysterious and maybe a wee bit strange too. He takes me on dates, yet he still invites some of my friends with us. How could that be considered a date!? It was always strange when the next day came and none of my friends would even have an ounce of a memory of the day we spent with Sleep. They didn’t remember his mask of drowsiness, nor his body of pillows, not even his pet, Laziness, who accompanied Sleep wherever he went. I mean, who could forget Laziness? That little bundle of joy just seems so charming and so enchanting, Laziness wasn’t a pet you could forget so easily, but they did forget him though. Strange.

But, eh, who cares? Certainly not me. I’m set on never leaving Sleep, and as cheesy as it sounds, without him I can’t function properly (literally, at least in human terms).

Searching for happiness? Release your inner-child!