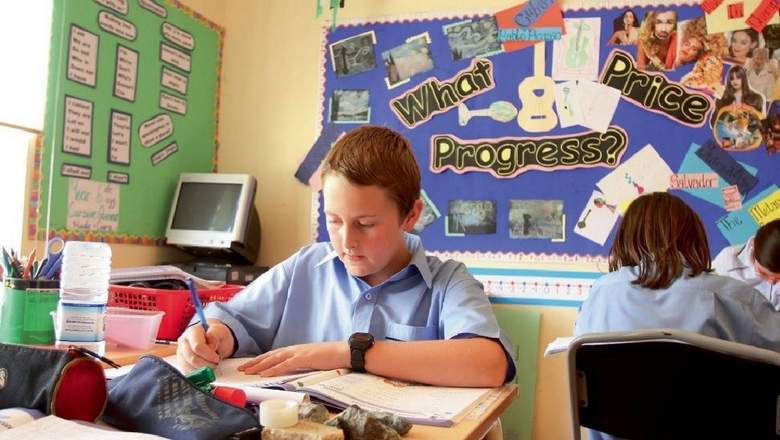 [The school places a greater emphasis on ensuring the students build their academic language proficiency.]

Several teachers’ told Khaleej Times that as English is so widely spoken on social media and the Internet, students will learn the language “no matter what”.

The digital age and technology can play a huge role in helping students learn the English language, according to teachers in the UAE.

Several teachers’ told Khaleej Times that as English is so widely spoken on social media and the Internet, students will learn the language “no matter what”.

“It is indeed a fact that the birth of the Internet and social media significantly impacted not only the growth of the English Language but also facilitated English as the medium of communication for different nationalities,” the English Additional Language teacher at Greenfield Community, Dolores Allison, said. “In view of the fact that young people are the number one users of social media; they will still learn English regardless of whether it is formally taught or not.”

However, teachers still have to make sure that the English they are learning is also at a level and standard that can be applied to academic studies. “The language used in everyday communication is distinct from the language used in the classroom. It is all too easy to think that because a student can communicate socially (‘Hello, how are you?, Good-bye, please, may I go to washroom?), they understand the complex language of academia (‘find the square root of 25’ or ‘what are the causes of urbanisation?’).

“Regardless of language proficiency, there are always steps we can take to maximise classroom participation for students who are new to the English language by making ‘input comprehensible’ for students. EAL students bring just as much background knowledge as any other student, but it is often knowledge of different histories, cultures and places.”

Teachers at Gems International School also believe that the use of social media to learn English, however, should be done in moderation and in guidance. The school places a greater emphasis on ensuring the students build their academic language proficiency.

“In the English Language Learners (ELL) course, we recognise that there are different ways to communicate in English. Social English and basic interpersonal communication skills are one important aspect in children’s language learning and one that tends to develop quite quickly,” the CEO of the Gems International School, Glen Radojkovich, said.

“To be successful learners, students need to build their academic language proficiency. We teach and heavily support students’ academic language in class through different scaffolding mechanisms, including glossaries, word walls and allowing them to construct meaning in their own language.”