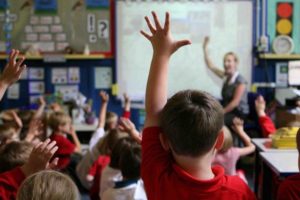 Private schools will no longer be told about an impending inspection 10 days earlier, as in previous inspection rounds.

The new regulation reduces the notice period from the 10 days allowed in the previous inspection, and is far less than the 15 days’ notice allowed in the first private school inspections conducted in the emirate of Abu Dhabi, said Dr Osama Obeidat, inspection and monitoring division manager at education sector regulator, the Department of Education and Knowledge (Adek).

“The aim is to reduce parent complaints about schools taking measures only to score well in the inspections. [In the future], when schools have all raised their standards to a minimum level, the goal is to implement completely unannounced inspection visits,” Dr Obeidat told Gulf News.

He was speaking on the sidelines of the Adek’s annual Private Schools and Quality Assurance forum, which saw the attendance of 450 school leaders and education officials from across the emirate.

There are currently 191 private schools in the emirate, with nearly 245,000 enrolled students and 23,000 teachers.

This year’s private school inspections have been particularly positive, with 78 per cent of schools placing being ranked within Band A, which consists of high-performing schools. Yet, a number of new changes were announced to the inspection criteria and rankings.

Most noticeably, schools will no longer be grouped in bands of high-performing (Band A), satisfactory (Band B) or in need of significant improvement (Band C). Instead, the fifth round of inspections that are due to start next week will categorise schools only based on their levels: Outstanding, Very Good, Good, Acceptable, Weak and Very Weak.

“Ever since we embarked upon the unified UAE-wide inspection framework, we have grouped schools into these six levels. But because some of the Bands included multiple levels, we noticed a few schools using misleading statements. For instance, because Band A included Outstanding, Very Good and Good schools, both a Good and an Outstanding school could claim to be Band A. Yet, their standards are quite different, and don’t want Good schools to claim they are on the same level as an Outstanding institution,” Dr Obeidat said.

Future inspections will also take into considerations schools’ methods, resources and activities to teach Moral Education and Arabic, and their ability to cultivate innovation skills.

“We have also seen that what sets apart Very Good and Outstanding schools from the rest is teaching consistency, so this will be a criterion in future inspections. Finally, student behaviour will also be a focus, especially the behaviour of male pupils,” Dr Obeidat said.

Finally, two schools will not be inspected in the next round of inspections as they have maintained consistently high quality over the last three inspection rounds, the official added.

School leaders were also urged to prioritise student attainment in international assessments, including the TIMMS and the PISA tests which test science, mathematical and reading ability on an international scale.

“Students in Abu Dhabi have so far performed below their peers in a country [with a similar size and economic growth trajectory] like Singapore, and we want schools to use this as an inspiration to help their students do better,” said Dr Qasim Al Shannag, division manager for assessment at the Adek.