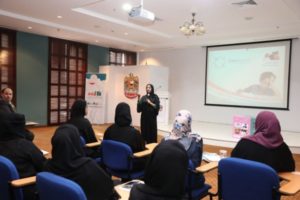 ABU DHABI, 5th June, 2017 (WAM) — The Federal National Council, FNC, will hold its 18th session of the 16th legislative chapter tomorrow night at its headquarters in Abu Dhabi, chaired by Dr. Amal Abdullah Al Qubaisi, Speaker of the FNC, to discuss a report from the Financial, Economic and Industrial Affairs Committee on the reservations of President His Highness Sheikh Khalifa bin Zayed Al Nahyan concerning the FNC’s amendments to a draft federal law on tax procedures.

During the session, ten questions will be addressed to government representatives by FNC members. Salem Ali Al Shehhi will address two questions to Dr. Abdullah bin Mohammed Belhaif Al Nuaimi, Minister of Infrastructure Development, Chairman of the Board of Directors of the Federal Authority for Land and Maritime Transport and Chairman of the Sheikh Zayed Housing Programme, on identifying vehicle loads and the conditions for obtaining a grant or loan from the Sheikh Zayed Housing Programme.

FNC members will address two questions to Sultan bin Saeed Al Badi, Minister of Justice. Salem Obaid Al Shamsi will ask a question about certain laws and decrees that were not published in the official gazette, and Mohammed Ali Al Kamali will ask a question on the use of electronic signatures in criminal cases.

The FNC will also review a report by the Community Initiatives Committee and an Interim Committee report to develop a strategic information and communication plan.