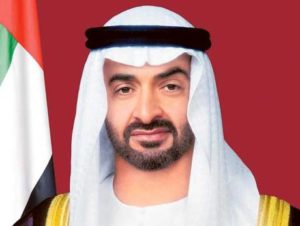 The UAE, under the leadership of President His Highness Shaikh Khalifa Bin Zayed Al Nahyan, is pressing ahead towards preparing national cadres according to the latest educational systems as doing so is the right path towards development and prosperity, Shaikh Mohammad added.

Shaikh Mohammad made these remarks as he received a delegation from the Higher Colleges of Technologies (HTC) on Wednesday, led by Dr Abdul Latif Al Shamsi, Director of HCT, deputies of the director, and deans of colleges as well as other officials.

“Building highly skilled national cadres is a necessity and the HTC alongside others is a basic pillar of providing the nation with professional, capable cadres that would contribute to the country’s development progress”, Shaikh Mohammad noted.

“We strongly believe in quality and we depend on it rather than quantity. We depend on institutions like yours to produce professional cadres that our country would be proud of. We are going through a period that is different form the past and we have three or four different generations, which require us to deal with each of which suitably. Over the course of the past 50 years, we  have achieved a giant stride in the field of technology and that also requires us to put priorities in practice, as today’s key test is quality and survival of the fittest, Shaikh Mohammad added.

Shaikh Mohammad also received on Wednesday Ahmad Suhail Faris Al Mazroui; congratulating him on receiving the Sword of Honour at Sandhurst Royal Military Academy. He also received Alia Al Ameri and Abdul Rahman Al Musabi who were sent for education in Canada, as part of a partnership between Abu Dhabi Crown Prince Court and Macville University, Canada, to develop national cadres in the field of science and engineering.

Turkey to see increased demand for teachers and teacher training