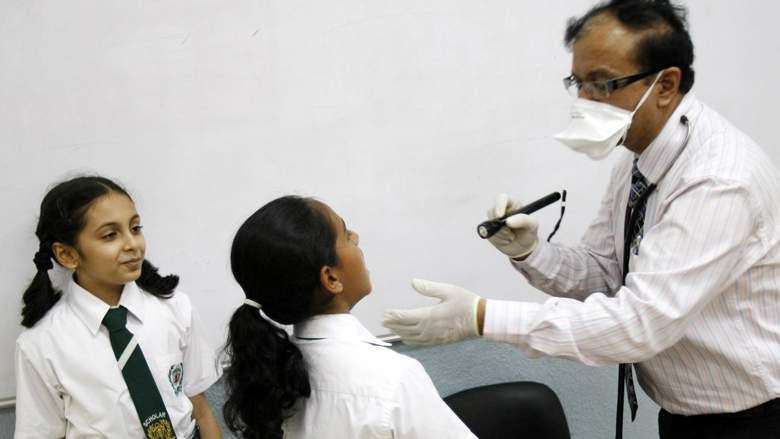 Dubai student’s death due to flu an isolated Incident

Following the death of a Dubai student Alia Niyaz Ali, who allegedly died of flu-related complications on Tuesday night, a few schools have issued health alerts as a precautionary measure asking parents not to send sick children to school.

However, to ease public concerns over the risk of an outbreak of any disease, the Rashid Hospital – where Alia died – also issued a statement on Thursday and said the case was an isolated incident.

“A young female patient who had been treated earlier in a private healthcare facility arrived at the emergency department in the Rashid Hospital on Tuesday in an advanced shock state. Emergency management care including appropriate diagnostic and therapeutic measures were instituted immediately. However, her condition deteriorated rapidly during her stay in the emergency department and unfortunately she succumbed to death within a few hours of her arrival to the hospital.

“The Rashid Hospital extends their deepest condolences to her family, school and the community. This announcement is issued to the public to ease concerns over the risk of an outbreak of any disease in relation to this isolated incident.”

The death of the 17-year-old student of Indian High School is the second such in under two weeks. Alia had attended school till Sunday. After she complained of flu-like symptoms, her family took her to the hospital.


Her brother, Aman Ali had told Khaleej Times that her illness started off as simple flu symptoms but eventually she ended up being admitted to the Rashid Hospital. “Doctors said the virus had caused fluid build-up in her heart and stomach, which led to a drop in blood pressure, eventually leading to her demise,” he said. She was laid to rest at Al Quoz Cemetery on Wednesday morning.

On October 30, a nine-year-old Indian schoolgirl at Our Own Indian High School had also died showing similar flu-related complications for over a week.

GETEX is an opportunity for students and educational institutions, alike, to choose from the best