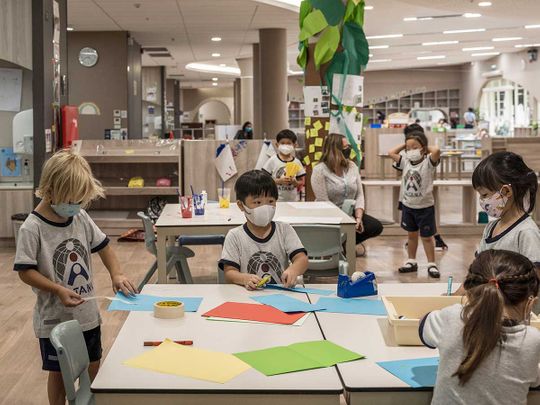 All private schools in Dubai will reopen “as usual” next week after the winter break on January 3, 2021, the Knowledge and Human Development Authority (KHDA) has announced.

“Thanks for your messages – private schools in Dubai are not affected by the recent announcement & will be open as ‘usual’ next week,” the education regulator in Dubai tweeted on Wednesday.

This came after the UAE’s Ministry of Education and authorities in Abu Dhabi announced that distance learning would be implemented for the first two weeks of the new academic term.

Concerned parents and schools in Dubai had enquired about the mode of learning in the month of January.

Students in Dubai have the option to go to schools physically or learn remotely.

Abu Dhabi authorities had announced earlier that private and public schools in the emirate would implement distance learning for the first two weeks of the new school term, which begins on January 3, 2021.

Also, public schools across the country will reopen on January 3 with two weeks of e-learning.