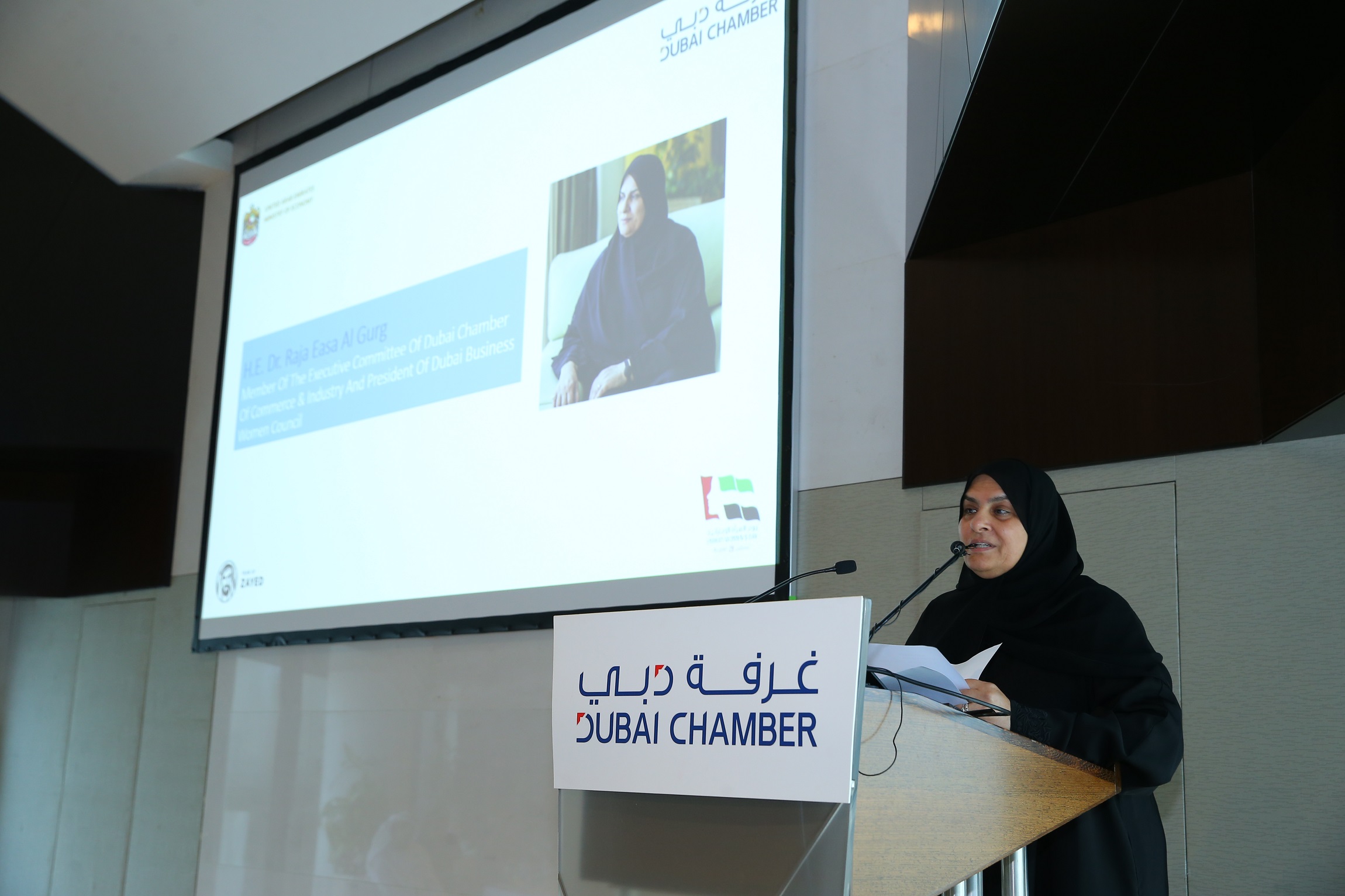 DUBAI, 27th August, 2018 (WAM) — The Dubai Chamber of Commerce and Industry, in cooperation with the UAE Ministry of Economy, hosted a special seminar to celebrate Emirati Women’s Day 2018, which was organised under the slogan, “Women on the Course of Zayed.”

During his welcome speech, Buamim commended the achievements of Emirati women over the last few decades and spoke about the great contribution they have made to the UAE’s progress and development. He said the UAE is a leading example of women empowerment in the Arab world as women are well-represented in the public and private sector.

He further described the late Sheikh Zayed bin Sultan Al Nahyan as one of the biggest supporters of women and said that the UAE’s wise leadership today is following his example by introducing new measures to close the gender gap and encourage women to participate in the economy.

In addition, Buamim noted that Dubai Chamber has long been a strong advocate for women empowerment and women in business and revealed that Emirati women alone account for more than 30 percent of Dubai Chamber employees, while they also hold prominent positions on the chamber’s Board of Directors. He praised the efforts of the chamber’s Centre for Responsible Business and the Dubai Business Women Council in supporting businesswomen in the UAE and added that the Task Force on Emirati Women Engagement in Development, launched under the Dubai Chamber Sustainability Network last year, is making great strides in involving Emirati women in the agenda of social and economic development in line with the UAE Vision 2021.

In his opening remarks, Al Shehhi noted that Emirati women, present at the highest levels of government and business, continue to make a great contribution to the UAE’s economy and society. He praised the UAE’s leadership for promoting gender balance and offering equal opportunities to women in the public sector.

Al Shehhi explained that the UAE’s strong commitment to women empowerment stems from the wise leadership of the late Sheikh Zayed bin Sultan Al Nahyan who advocated women’s rights and added that his example paved the way for new policies, institutions and initiatives that have greatly supported women across all segments of the UAE society.

Al Shehhi elaborated that the representation of women in government within the UAE is the highest in the region and among the highest in the world. He revealed that women account for 66 percent of the public sector workforce of which 30 percent hold leadership positions. He added that there are around 23,000 Emirati businesswomen in the UAE, while women represent 15 percent of all board members of chambers of commerce in the country.

Al Gurg emphasised the crucial role that Emirati women are playing in UAE society and stated the fact that they are integral to the country’s success, stability and development. She noted that the presence of women in the business community has grown considerably in recent years, and revealed that Emirati women alone currently account for 10 percent of the DBWC’s membership base.

Al Nakhi, Dr. Matar, and Ahli spoke about their experiences, accomplishments and career milestones, which have led them to reach leadership positions in their respective fields. They stressed the importance of education and hard work in achieving personal and professional success and encouraged other women to constantly seek knowledge, challenge themselves, and keep striving for excellence.