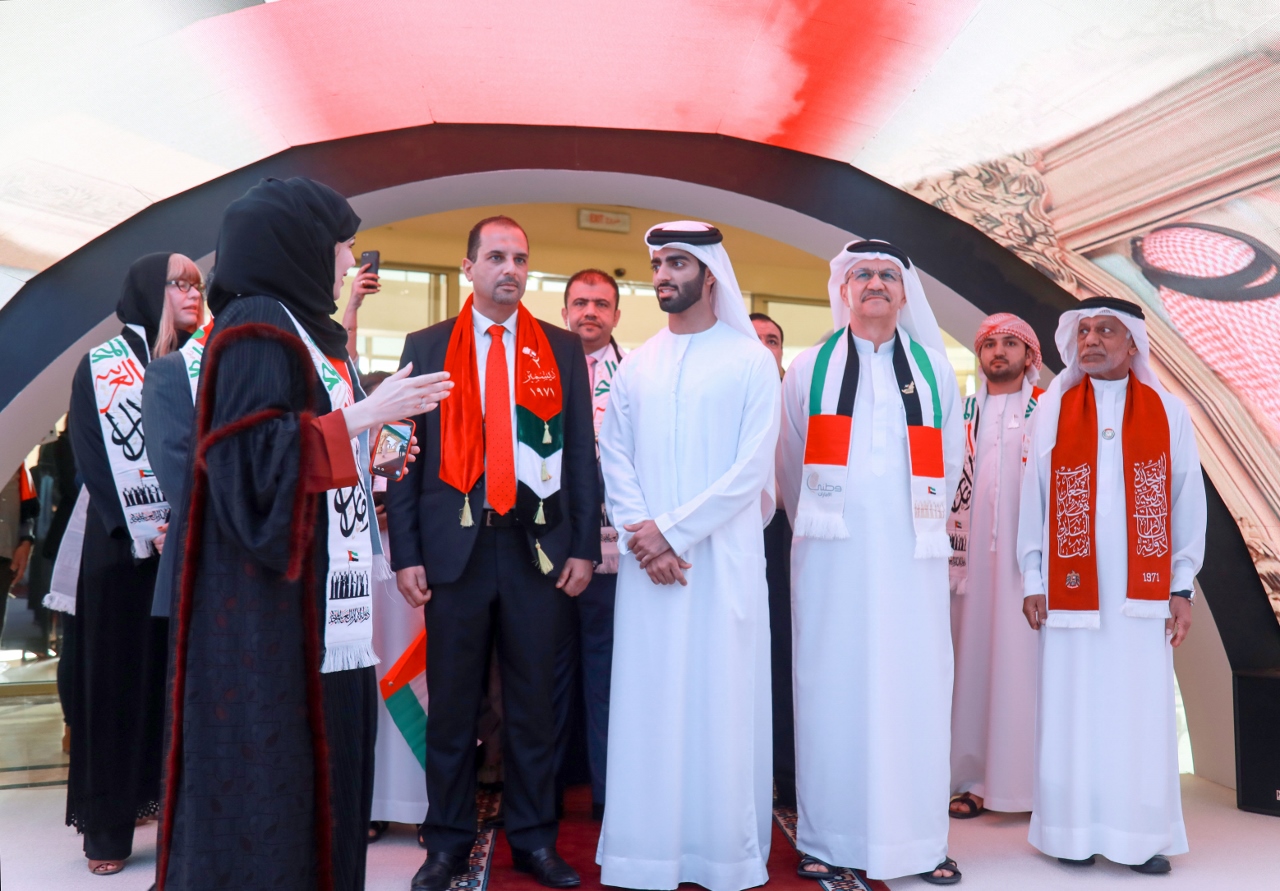 Dr. Karim Seghir, AU Chancellor welcomed Sheikh Humaid bin Ammar bin Humaid Al Nuaimi who preceded the Royal Riders entourage. They are a group of enthusiastic Motorcycle riders based in UAE, who seek to unite the bikers and promote the culture of responsible driving. Sheikh Humaid  witnessed the celebratory activities on campus, where he was welcomed by the Marching Band of the Sharjah Police Academy. Bunches of balloons in national flag colors flew away into the sky as the management and royal entourage approached the venue.

A 180-degree projector tunnel displaying the present and future made for an ideal walkway to the cultural and heritage kiosks reminiscing the beautiful past. They toured the old schools, shops, kitchen, antique displays and folklore before they enjoyed national song and poem by Ahmed al Ghanemi and Rashid Sharar, respectively.

Chancellor Seghir expressed, “I extend my heartfelt greetings to the wise leadership of United Arab Emirates on the occasion of the 46th National Day. A day in history which marks the onset of an era filled with progress and prosperity for the citizens and residents alike, led by the vision of the founding father of UAE Late Sheikh Zayed bin Sultan Al Nahyan, May Allah bless his soul. Since then UAE has been a hub of great achievements and a model for other countries.”

AU is adorned in an ambiance of national songs, dances and traditional food to share the festivities spirit of the event.

VAT spares schools in UAE, but not all Varsities