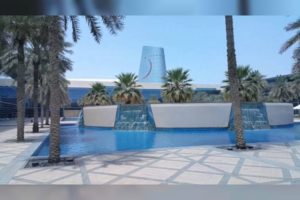 This is a part of the Scientific and Educational Endowments Project, launched by the university around seven years ago, and is considered the first initiative of its kind in a government university in the country.

The ceremony, which the university held at its branch in Abu Dhabi on this occasion, was attended by Dr. Ahmad bin Abdulla Humaid Belhoul Al Falasi, Minister of State for Higher Education, and Ahmed bin Byat, Chairman of Emirates Integrated Telecommunications Company “du” and the Vice Chairman of Zayed University.

Byat expressed the university’s pride with the Scientific and Educational Endowment Project, which has 11 programmes. He stressed that this initiative revives a stage that was well known in Islamic and Arabic history. It has now become a rule in international universities as their abilities are measured by the size of their endowments, which are blessed in Islam for its great effects and benefits on the civilisational project of any nation, he added.

The professors responsible for the three endowment professorships made a summarised introduction about the programmes.

Dr. Hanada Taha, Professor of the Arabic Language Professorship, who has received her PhD from New Orleans University in the USA, and is a member of the Trustees Council of the Mohammed bin Rashid Al Maktoum Arabic Language Award, said that her research was dedicated to working on the Arabic language. It included updating the infrastructure to promote education and learning of the language.

This resulted in the adoption of international standards in the Arabic-language literature taught by many schools, including the schools’ subsidiary for Abu Dhabi Education Council. This has led to an appropriate system in Arabic literature for children, she said.