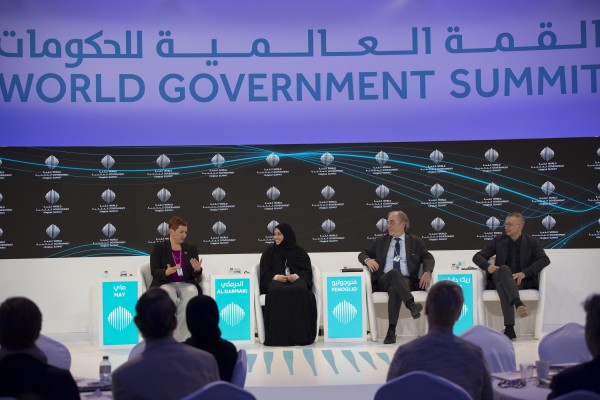 His comments were made in a session titled ‘International Cooperation in Deep Space’, a day ahead of the World Government Summit 2018 and as part of the ‘Space Settlement Forum’ sessions covering topics including ‘Living off the Land (ISRU/Agriculture/Power)’ and ‘Inspiring Students and the World: Mars and STEM Education’.

NASA is aiming to help humans reach Mars by the 2030s. However, the mission will require a round-trip taking almost 1,000 days, facing a plethora of challenges. As part of his presentation, Fenoglio said some of those challenges could include crew psychology, environment, communications, logistics and supplies and, ultimately, the safe re-entry of the space shuttle.

Co-panelist Maryam Al Darmaki, Communications Engineer, Mohammed bin Rashid Space Centre (MBRSC), provided an overview of how essential communications systems are to any Mars mission, being the only link between a spacecraft and Earth. She said: “These complex but essential systems include an ‘uplink’ and ‘downlink’ with important design considerations. Effective Deep Space Networks (DSN), those that operate beyond the Earth’s orbit, are critical to any successful mission to Mars.”

For his part, Rick Davis, Assistant Director for Science and Exploration at NASA, highlighted the distance between Mars and the Earth (up to 400 million kilometers) as presenting a further challenge in the quest to successfully place human life there. He also emphasized the importance of effective collaboration and coordination of efforts between nations.

Franco Fenoglio added: “Astronauts sent to Mars will be the first human beings who will lose a direct visual link to their home planet. In addition, communications with the ground will be affected by significant delays: human responses to such situations are still largely unknown. Over this, lack of private space in shuttles means we need to find solutions to make the journey to Mars more livable.

“It is critical to improve human factors and biomechanical ergonomics, thermal comfort, light and lighting as well as acoustics. Vision, temperature, illumination, odor and ventilation are all important factors in creating a functional space shuttle that enables the creation of future life in deep space.”

Rick Davis further outlined psychological challenges associated with Mars missions. Interestingly, he pointed out that, based on extensive research, no communication for certain time periods is not necessarily a bad thing for the psychological well-being of astronauts. In addition, he highlighted the importance of ‘downtime’ to avoid exhaustion from setting in and the need for effective support systems.

Under the patronage of His Highness Sheikh Mohammed bin Rashid Al Maktoum, Vice President and Prime Minister of the UAE and Ruler of Dubai, the World Government Summit 2018 runs from February 11 to 13 at the Madinat Jumeirah in Dubai. The landmark event convenes more than 4,000 participants from 140 countries, including heads of state and governments, as well as top-tier representatives of 16 international organizations.

Hosting more than 130 speakers across 120 interactive sessions, WGS 2018 features five distinct forums that examine the challenges of vital sectors for the future with a view to finding the best resolutions for the greater global good. Furthermore, over 20 specialized global reports spanning key sectors and topics of the summit are being launched during the event.