WHO records show that 35.4 million people suffer from diabetes in the Middle East and Africa alone.

Today is World Diabetes Day and, for 2017, the International Diabetes Federation has declared the theme to be: Women and diabetes – our right to a healthy future. Diabetes is a global epidemic that shows no signs of abating and, according to the IDF, more than 199 million women are living with the disease; that figure is expected to climb to 313 million by the year 2040. A decade before that, the World Health Organisation believes that diabetes will be the seventh leading cause of death – yet the vast majority of cases are entirely avoidable.

Intrinsically linked with obesity, type 2 diabetes is by far the most common form, with just as many men affected as women. So what is it and what can be done to prevent it? Diabetes is when the pancreas produces insufficient levels of insulin (the hormone that regulates blood sugar, or glucose), or when the body cannot effectively use the insulin it does produce. This, in turn, usually leads to a condition called hyper­glycaemia, commonly known as raised blood sugar that, if left untreated, causes serious damage to the central nervous system and blood vessels. As a result, sufferers can go blind, need to have limbs amputated or end up having fatal heart attacks.

WHO records show that 35.4 million people suffer from diabetes in the Middle East and Africa alone, with the majority of sufferers unaware that the condition can gradually rob them of their sight, due to diabetic retinopathy – a condition where high blood sugar levels cause damage to the retina. So along with balancing their insulin levels, diabetics would do well to have their eyes checked on a regular basis.

For those with type 1, there is no known cause or cure, but sufferers can manage the symptoms by keeping check of their blood sugar levels. For those with type 2, there are lifestyle changes that can dramatically improve things, with mounting anecdotal evidence that reversal may be possible with the right approach to fitness and diet.

When the WHO says that diabetes is a worldwide epidemic that needs urgent and drastic action to overturn, it’s sobering to note that, since 1980, global cases of type 2 diabetes have increased by approximately 400 per cent.

Yet dietary advice still confuses untold millions of people, with organisations such as Diabetes UK promoting meals “based on potatoes, bread, rice, pasta or other starchy carbohydrates”, while other health professionals, such as the Michael Mosley, who co-authored the popular Fast Diet and wrote the Blood Sugar Diet, tell anyone who’ll listen that’s the worst thing you can do – instead advising that we all eat a Mediterranean-­style diet that’s low in carbs, and high in healthy fats and protein.

“I wrote the Blood Sugar Diet because, nearly four years ago, I was diagnosed as a type 2 diabetic. I was not particularly overweight, about 86 kilos, and I didn’t look particularly fat, but that was because a lot of the fat I was carrying was internal,” says Mosley. Rather than start on medication, he changed his diet by reducing his carbohydrate intake and carried out intermittent fasting. The result? “I lost 9 kilos and reversed my diabetes.” 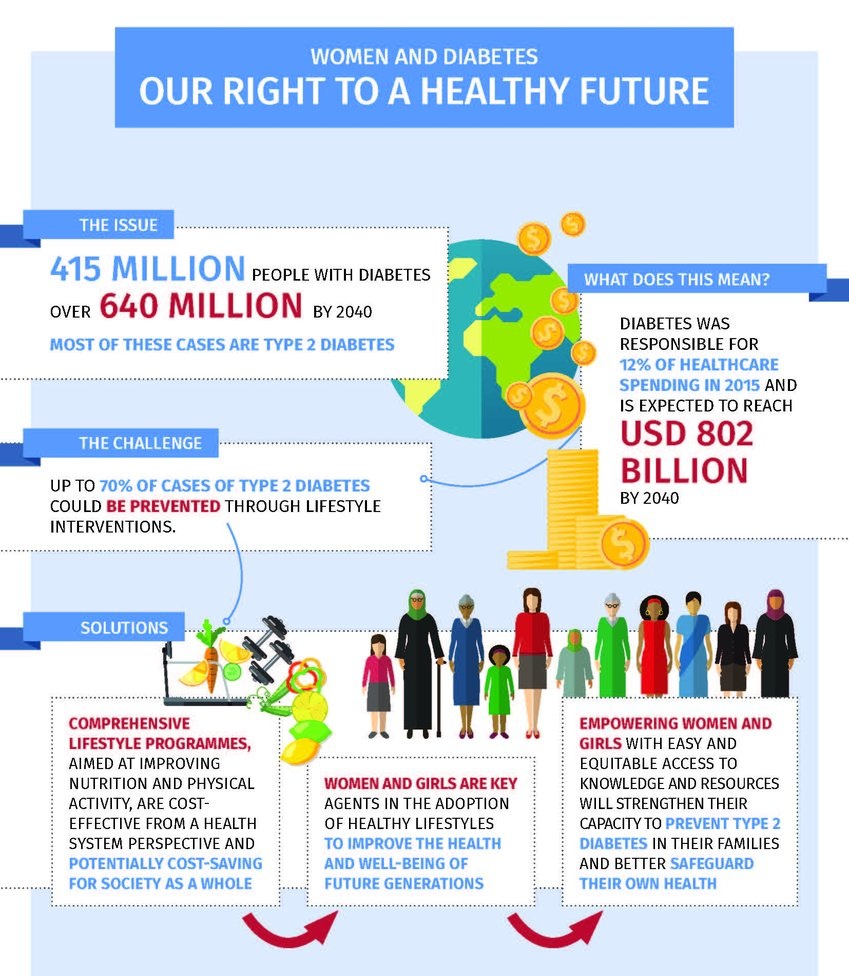 Cases of type 2 diabetes and obesity began to soar at the close of the 1970s, when consumers were told to view fat and cholesterol as dangerous. The reasoning was that, if you consume fat, you get fat – you are what you eat. Yet many now believe that public enemy number one, when it comes to health, has always been sugar.

“In the 1980s, the fear of fat gripped the western world” says Dr Andreas Eenfeldt, who goes by the pseudonym the Diet Doctor. “Low-fat products popped up everywhere. But if you eat less fat, you need to eat more carbohydrates to feel satiated. And it’s at this time in history that our disastrous epidemics of obesity and diabetes started. The most fat-phobic country in the world, the USA, was hit the hardest and is now the world’s most obese country. Today, it’s clear that the fear of real food with natural fat contents has been a big mistake.”

Pick up any packet of processed food and, chances are, that sugar features predominantly on the list of ingredients. Anything that claims to be low fat tends to be loaded with the stuff because, without it, it’s mostly unpalatable. The result is that, while consumers believe they are eating healthily because the food is low in fat, they are consuming way too much sugar instead. Sugar, which some doctors describe as little more than white poison, causes insulin spikes that raise glucose levels. The same goes for starchy carbohydrates, such as potatoes, bread and even fruit – all things that people with type 1 diabetes need to regulate their consumption of. Fat, on the other hand, appears not to be the villain it has been made out to be.

James Charles, a 36-year old British researcher, was diagnosed as a type 1 diabetic when he was just 2. For nearly three decades he struggled with his diet, finely balancing his intake of certain foods and constantly measuring his insulin levels using a wide selection of equipment. “When I changed my diet to keto, where I reduced my carbohydrate intake to practically zero, the benefits became obvious in no time,” he says. “I eat lots of meat, cheese, butter. But I avoid sugar and things like potato that are full of carbs – life has become much more manageable and I’ve never been in better shape nor felt healthier.”

The ketogenic or “low carb, high fat” diet is fast becoming popular for people wishing to get into shape without counting calories or punishing gym sessions. And there are plenty of proponents of this way of eating, who claim they have managed to “reverse” their own type 2 diabetes much to the astonishment of their doctors, while those with type 1 tend to find the condition is much more manageable.

It’s becoming obvious that it’s impossible to outrun a bad diet, but that is not to downplay the importance of exercise in avoiding becoming diabetic in the first place. The American Diabetes Association says that keeping active throughout the day, aerobic exercise and resistance training are best for reducing the risk of prediabetes and type 2 diabetes, and that not smoking also helps.

There’s no magic fix and no definitive way to reverse it, but the more we know about the basic biology at play, the greater the chance that the disastrous diabetes trend can be stalled.