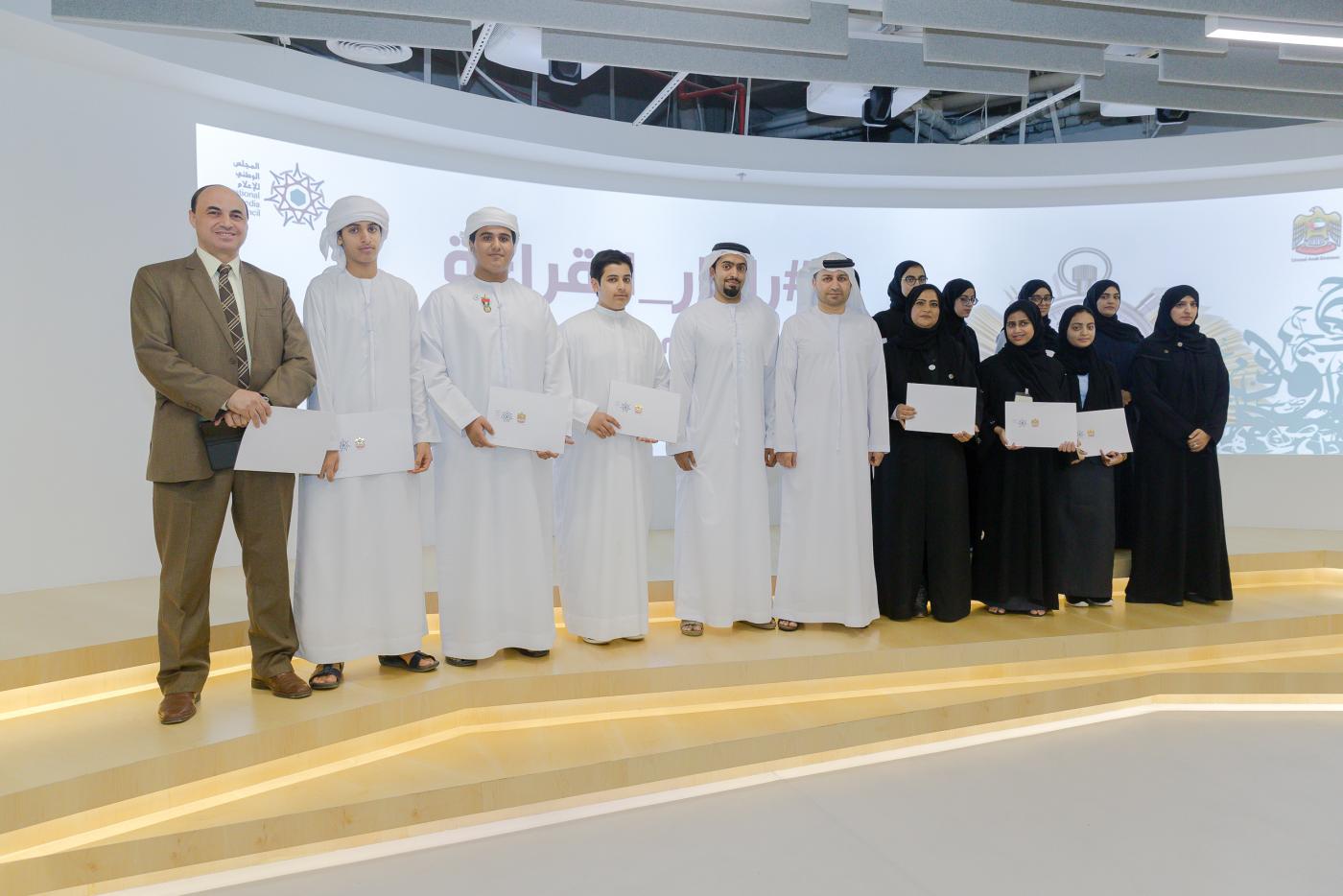 Nine winners named from among 762 students from all emirates who took part.

Abu Dhabi: The winners of the Reading Radar competition were announced by the National Media Council (NMC) in Abu Dhabi on Sunday, with nine winners selected out of a total of 762 entries from all emirates in the UAE.

The competition was aimed at school students drawn into three categories — students from grade 8 and 9, those from grades 10 and 11, and grade 12 students. Three winners were selected from each category.

The contestants were evaluated based on a number of criteria, including their comprehension of the articles and books presented (worth 25 points), their speed (60 points), their Arabic-speaking skills (10 points) and 5 points for the student’s personality.


“The Reading Radar initiative comes in line with the objectives of the National Reading Strategy, which seeks to develop capacities, as well as to create and promote opportunities that support literary activities among school students in the UAE. This, in turn, establishes an educated and qualified generation capable of taking responsibility and continuing the process of developing the UAE with all efficiency,” said Al Mansouri.

The National Media Council launched the Reading Radar competition in cooperation with the Ministry of Education during the Month of Reading 2017, as one of many activities that promote reading and establish it as a way of life for future generations, as well as an integral part of the UAE’s national identity.