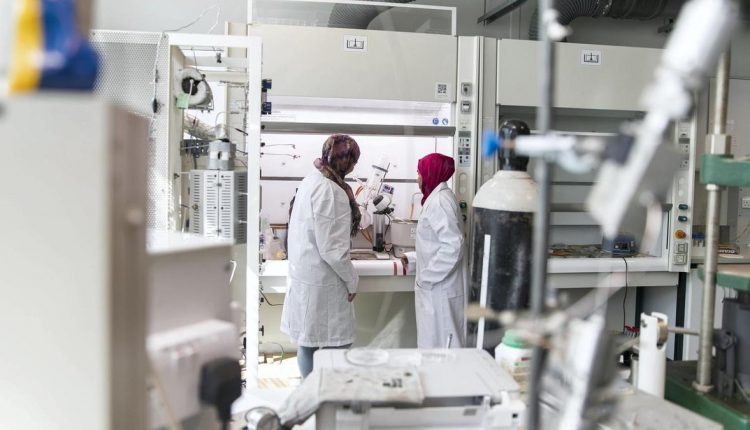 The Emirates' performance is strongest in research but must improve its recognition, says an expert

Universities across the UAE are continuing to enhance their academic performance, according to the latest world rankings.

Researchers found the Emirates was improving in numerous fields, including business management and civil and electrical engineering.

The annual poll, called the QS World University Rankings by Subject 2020, looked at more than 13,000 courses at 1,368 universities in 83 countries.

This year, UAE University jumped up in the business and management studies segment from the 351-400 band to 301- 350.

Similarly, the American University of Sharjah and Khalifa University in Abu Dhabi saw significant improvements in their rankings.

“This year’s edition of the QS World University Rankings by Subject offers us the opportunity to shine a light on an ever-greater segment of the UAE’s higher education sector,” said Jack Moran, a spokesman for QS.

“We are observing creditworthy improvements made by the country’s universities, with Khalifa University making particularly strong progress.

“The UAE’s performance is strongest in our research indicators, though, to make further progress, it must improve its recognition and regard among the global academic community.”

Its researchers looked at academic reputation, employer reputation, research citations and the productivity of the institution’s research faculty.

UAE University improved its ranking in five subject areas but dropped in three.

Meanwhile, the American University of Sharjah had two of its programmes ranked in the top 200 global institutions.

The university was ranked in the 151-200 bracket for civil and structural engineering while Khalifa University ranked 251-300 in electrical and electronic engineering.

Massachusetts Institute of Technology was found to be the world’s best-performing institution in 12 subject fields, while the University of Oxford was named the world’s best university in eight.

This year’s poll also showed the UK higher education sector was beginning to regain ground it had lost over the past few years.

“Despite the uncertainty created by a consistently-shifting higher education landscape, with two changes of government and the well-documented difficulties presented by our exit from the European Union, our institutions appear to have responded to the challenge, continuing to offer some of the best university programmes in the world,” said Ben Sowter, director of research at QS.

Coronavirus: Abu Dhabi and Dubai private schools will not refund fees despite closures