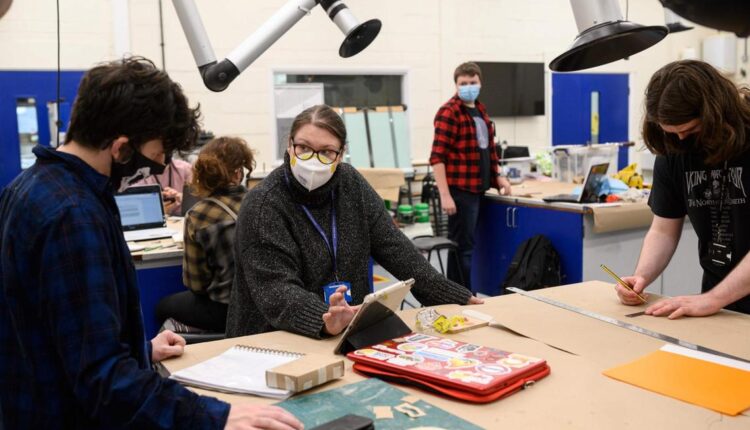 With society events and induction weeks cancelled, students have had a vastly different start to university life

UAE students attending universities in the UK are concerned the rising number of Covid-19 cases will lead to the grounding of flights again and prevent them from returning to the Emirates over the Christmas holiday.

The students, whose families live in the UAE, told of a “very different” and unexpected start to university life with the cancellation of orientation weeks and the majority of lessons being held online.

There have been more than 500,000 virus cases and more than 40,000 deaths recorded in the UK. The rising figures have prompted concerns the country could be headed towards another lockdown.

The National spoke with students in the UK about their university experience so far as well as the challenges posed by moving countries in the midst of a pandemic.

Thousands of students at UK universities are self-isolating in their halls after Covid-19 outbreaks were reported at more than 50 campuses across the country.

International students from the UAE had to self-isolate for two weeks after entering the UK.

Aditya Dewasthalee, an 18-year-old Indian citizen, travelled from Dubai to the UK to pursue a mechanical engineering degree at Lancaster University.

“Those 14 days were really painful. I was alone in a flat, which is supposed to accommodate eight people. My flat mates decided to wait a few weeks before travelling,” he said.

It was the first time Mr Dewasthalee had travelled out of the Emirates alone and he said he was keen to see his family again at the end of term.

Ritvik Ramnath, 19, an Indian from Dubai, is studying economics at the London School of Economics.

He said restrictions at his university accommodation had recently tightened with no gatherings allowed in the kitchen.

Students are required to wear masks in communal areas and anyone found breaking the rules are subject to disciplinary hearings.

“Campus life has been much more different than I expected, with no big lectures, events, society socials, club nights and, much less social scene,” said Mr Ramnath.

Fears of lockdown over Christmas

The UK’s Education Secretary Gavin Williamson said students would be able to return home for Christmas but many are still concerned this could change.

Universities have been told they can finish in-person classes early so students can isolate before travelling. More than 44,300 international students have enrolled at UK universities this year.

“I am worried that I won’t be able to go back home to Dubai in December if there’s a lockdown,” said Mr Ramnath, whose mother lives in the emirate.

She said students wanted to go back home for Christmas and were making sure not to meet unless necessary.

“My parents are in Dubai and I definitely want to travel to the UAE to see my family,” she said.

“If the worse happens and I am unable to travel, I have a back-up plan and may have to stay with an uncle in the UK.

“A lot of my friends are eager to go back home as it is their first Christmas after moving away from family and they do not want to miss out.”

Her mother, Chitra Krishnan, said she was looking forward to her daughter visiting Dubai at the end of term and did not want her to be in halls alone.

Due to the Covid-19 pandemic, Ms Krishnan was unable to take her daughter to university, which was a big setback for her.

“This was something I was looking forward to. Now, I am really hoping that she can come back in December,” she said.

Majority of classes being held online

International students, who pay significantly higher tuition fees compared to the £9,250 ($11,910) per year paid by local students in the UK, have had the majority of their classes held online.

Mr Ramnath said around 70 per cent of his classes were conducted virtually, while a student at Lancaster University said all his lectures were online.

Mr Dewasthalee said all his lectures are pre-recorded with the onus on students to study independently. The mechanical engineering student said lab work would commence in the third week.

“We voiced our concerns and we were told from the beginning that the class would be blended,” said Mr Dewasthalee.

“Tutorials and seminars have not started yet as they are still wary because the number of cases are rising in the UK.”

Alvis Huijsmans, a British student whose family lives in Abu Dhabi, started his undergraduate physics degree at The University of Warwick this year, and said he was happy to have 50 per cent of face-to-face classes.

The former Cranleigh pupil said the university planned for some in-person events but had to cancel these due to a spike in cases in Coventry.

“With society events cancelled, it wasn’t a normal first year of experience but it was not all bad.”