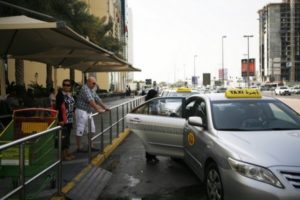 238
Share
ABU DHABI, 11th June, 2017 (WAM) –A UAE newspaper has said that when it was first mooted that a new, fast transport system could allow you to travel from Abu Dhabi to Dubai or Al Ain in less than 15 minutes, most of us, especially those of a cynical disposition, thought this sounded like little more than science fiction. But the co-founder of Hyperloop Transportation Technologies, Bibop Gresta, has said that the technology is edging closer to reality.In an editorial in The National today, the paper said that a feasibility study will be submitted to authorities after Ramadan. One imagines, the key condition for making the scheme a success will be whether it can ever be cost-effective.As this paper wrote at the weekend, Abu Dhabi is in need of a more diverse transport mix. The authorities should look to add more buses and routes to the network.”Hyperloop is a transport system to stir the imagination, but the answer to our commuting woes might be as simple as putting a few more buses on the streets,” concluded the Abu Dhabi-based daily.
Source: WAM/Esraa/Chris
238
Share FacebookTwitterWhatsAppPinterestEmailLinkedinTelegram

UAE press: Protect the planet or pay a price