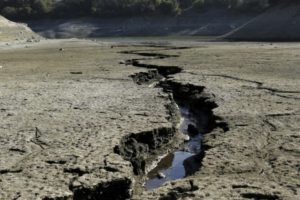 UAE press: Protect the planet or pay a price

ABU DHABI, 12th June, 2017 (WAM) –A UAE newspaper has said that climate change is a subject that affects each and every individual on earth.

In an editorial on Monday, The Gulf Today said, “Scientists have repeatedly warned that failing to contain climate change will have devastating consequences as sea levels rise and extreme storms, drought and heat waves become more common, endangering crops and fragile environments with severe impact in the form of new conflicts and mass exodus of people escaping affected areas.

The paper continued, “Tragically, one important leader who heads the world’s most powerful nation, US President Donald Trump, refuses to accept this fact and is isolating himself and his country from commendable collective action to combat climate change endorsed by almost all other countries.

“Trump announced recently that the US would not abide by the 2015 Paris agreement and would seek to renegotiate terms he denounced as unfairly damaging to the American economy and overly generous to India and China.

“Fortunately, the partners of the United States in the G7 club of wealthy democracies have vowed to pursue efforts to curb climate change despite the rift caused by Washington’s withdrawal from the Paris accord.

“German Chancellor Angela Merkel, French President Emmanuel Macron and Italian Prime Minister Paolo Gentiloni have all made it clear that the Paris agreement cannot be renegotiated.

“What is also heartening is that the world is now adding more green energy capacity each year than it adds in new capacity from all fossil fuels combined, as per a United Nations-backed REN21 report, showing that the renewables train has already left the station and those who ignore this will be left behind.

“Solar photovoltaic accounted for around 47 percent of the total additions, followed by wind power at 34 percent and hydropower at 15.5 percent, according to the report.

“Incidentally, as the shift to clean power continues, renewables are becoming the least costly option as recent examples in the UAE, Denmark, Egypt, India, Mexico and Peru show that energy has been delivered well below the equivalent costs for fossil fuel and nuclear energy in each of these countries.

“The United States is the world’s second biggest carbon emitter behind China. It will be sensible for Washington to wholeheartedly join international efforts to tackle dangers for the planet posed by global warming.

“Building a sustainable, carbon-free future not only for ourselves, but also for future generations is a noble duty. One only hopes that good sense prevails,” concluded the Sharjah-based daily.