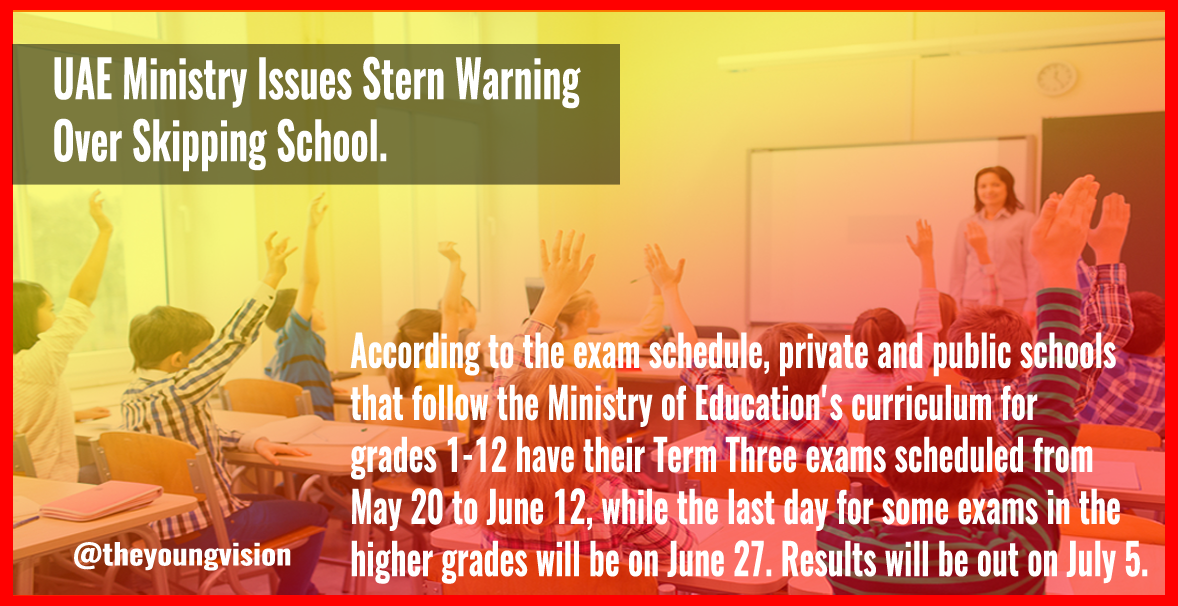 The exam schedule for many pupils in the UAE started last Sunday, with results expected to be out by July 5.

Dubai: The pupils’ attempt to cut classes during exam week has not escaped the eye of authorities.

The UAE Ministry of Education has issued a warning to children about missing school, and emphasized that pupils walking around the city during exam week is not an acceptable standard of practice.

The ministry’s notice was made after a number of schools across the UAE started their exams earlier this week.

According to the exam schedule, private and public schools that follow the Ministry of Education’s curriculum for grades 1-12 have their Term Three exams scheduled from May 20 to June 12, while the last day for some exams in the higher grades will be on June 27.

Results will be out on July 5. 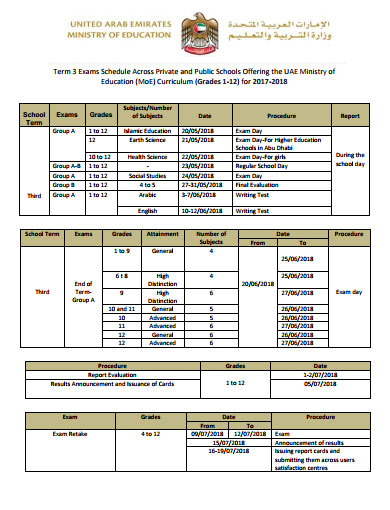 In a series of tweets, the ministry stressed on the importance of students attending to school “especially in the remaining time of the third semester, as being absent from classes can be detrimental to the student’s achievement”.

The Ministry of Education also called upon parents to assume the responsibility of ensuring their children do not miss classes.

“The calendar of the academic year was developed thoroughly and according to a scientific methodology that would ensure the maximum benefit of the students. The decision [to implement the calendar] was adopted by the Council of Ministers in honour of an effective academic year.”

Which category of students can get 10-year UAE residency visas?