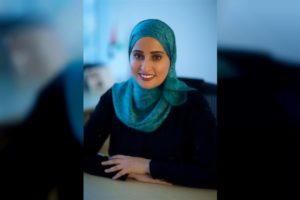 DUBAI – The UAE Government has adopted a new tool developed to evaluate the impact of proposed plans and initiatives by ministries and government entities on happiness in society.

“This innovative happiness impact assessment tool reflects the UAE’s leadership in developing scientific and practical tools that support the government’s goals of harmonising all plans and initiatives to achieve a happier society,” said Ohood bint Khalfan Al Roumi, Minister of State for Happiness and Director General of the Prime Minister’s Office at the Ministry of Cabinet Affairs and the Future.

“The tool reaffirms our government’s commitment to spreading happiness in society. The all-encompassing tool takes into careful consideration all the factors that affect happiness among the public, allowing authorities to predict the impact of their decisions and adjust them accordingly,” she added.

The tool identifies the segments of society whose happiness will be impacted by the proposed plan or initiative, and helps limit any negative side effects and find solutions for any potential challenges on happiness. The tool also requires assessing the potential impact of a given plan or initiative over multiple distinct periods of time to ensure a lasting effect on happiness of future generations.

The assessment tool considers the impact of each plan or initiative on six key drivers of happiness in society, namely: the economy, health, education, culture and society, government services and governance, and environment and infrastructure. Each driver is evaluated separately and given a score ranging from zero to 100; the average of all six results makes up the overall score.

The economy pillar of the tool allows it to evaluate several sides of a plan or initiative, such as its effects on the living standards of the target segment, as well as its ramifications on other segments, individuals’ productivity, quality of work and jobs, and the general economic climate. As for health, it assesses the extent to which the proposed plan or initiative can improve public health – be it physical or mental – as well as its potential to promote a healthy lifestyle and lower public health risks.

The education dimension of the assessment tool allows it to gauge the potential contributions a proposed plan or initiative can make towards improving the quality of education and allowing wider access to academic and vocational institutions. Meanwhile, the culture and society pillar predicts plan’s or initiative’s ability to preserve the UAE’s local culture and heritage, as well as the country’s established family and social bonds, all the while promoting such values as generosity, charity, tolerance, loyalty, trust and solidarity.

On another note, through the government services and governance driver, the tool assesses the potential impact on the quality and accessibility of public services; it goes on to explore measures that can shorten waiting periods and help co-ordinate between various government entities to improve customer happiness.

Last but not least, the environment and infrastructure dimension determines a plan’s or initiative’s impact on water, air and green spaces, in addition to its potential to promote environmentally friendly habits (e.g. recycling and reducing energy consumption), and its effects on infrastructure quality (roads, airports, public transportation, housing, etc.).

The innovative assessment tool represents a new step in the government’s efforts to establish happiness and positivity as a daily practice in government work and as a lifestyle in the UAE.