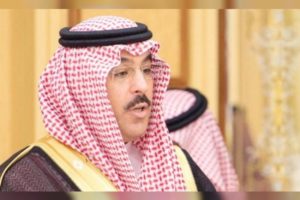 DUBAI – The General Department of Criminal Investigation has called on citizens and residents to register on its Home Security Service programme through the Dubai Police smart application, on smartphones or on their website.

Lt. Colonel Rashid Abdulrahman Al Falasi, Director of the Criminal Control at the General Department of Criminal Investigation, stressed that the Home Security Service is a free preventative security service to protect the public’s homes while they are on vacation, both inside or outside the country or while travelling for any other reasons. He added that the service has witnessed a great demand from citizens and residents, as the percentage of registrations increased by 10 percent compared to last year.

Al Falasi stated that the service, since its launch in 2001, has contributed in limiting the rate of home robberies, while clarifying that the General Department of Criminal Investigation receives requests to join this service 24 hours a day through smart services, the official website of the Dubai Police General Command (www.dubaipolice.gov.ae) or in customer service centres at police stations by filling the “Home Security” form.

He added that homeowners can still join this service from their destination country through the internet even if they did not register before travelling, and they can also call the communication centre on the number, 901, to inquire and ask about the service. He stressed that there are preventive procedures that homeowners must take to protect their possessions, and the most important is joining the Home Security Service, to guarantee that their homes are well protected during their travels, through the patrols of their local centre.

He advised travellers on holiday about the necessity of depositing money and valuable possessions, such as jewellery, in banks or transferring them to relatives or friends who are still in the country, as well as not leaving their cars outside their homes during any long-term periods of travel outside the country and parking them in a closed garage.

He also stressed the necessity of locking doors and windows well with locks, which are ideally electronic and difficult to open, as well as not leaving workers or servants in their homes during their period of absence, who might get tempted to commit undesirable acts such as bringing in strangers or robbing the place while they are alone.

He called on homeowners to not leave any valuables in exposed places that can be easily robbed, in case someone breaks in, and to not leave keys for safes in an obvious place. He also pointed out that some people always leave their house keys and other valuable objects in the kitchen and usually forget that their window is open, so thieves can sneak inside and steal them.