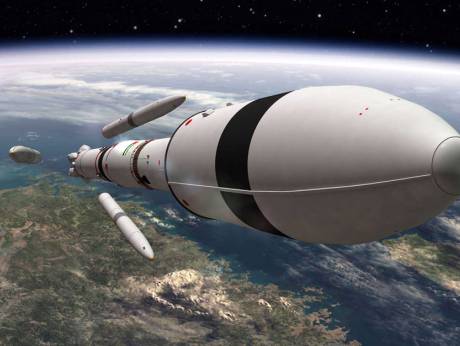 The first edition of the high-profile event, held at Etihad Museum, aimed to raise awareness and interest in space, science and the Emirates Mars Mission.

Members of ruling families in the UAE, ministers and experts addressed more than 1,600 attendees, who included school and college students, teachers, scientists and individuals interested in science and space.

In his remarks, Hamdan said: “Our world is constantly changing. This event is in line with the UAE govt’s vision to develop Emirati talent in space research and technology.”

“I was pleased to see students alongside experts & decision-makers. They’re our hope for a better tomorrow, & will shape the UAE’s future,” he added.

The debut edition was held under the patronage of His Highness Shaikh Mohammad Bin Rashid Al Maktoum, Vice-President and Prime Minister of the UAE and Ruler of Dubai.

Shaikh Abdullah, in his keynote address on Saturday, traced the evolution of human knowledge that is reaching new heights.

He said humanity today could very well be at the cusp of “a qualitative leap in civilisation, especially with a growing interest in space industry and sciences, which open up wider scopes for the development of a better life for all”.

“In the past 10 years, IT and communication solutions and the emergence of social media have left a deep impact on human communities,” he said.

The great progress made by humanity includes artificial intelligence and virtual reality technologies and 3D printing.

He underscored the importance of the past as a source of inspiration for wisdom and noble values in the current era that is embodied by space exploration and science.

Shaikh Hamdan and Shaikh Abdullah toured the event, which included a model of the first city to be built on Mars by 2117 — a project that the UAE is undertaking.

Meanwhile, Sara Al Ameri, the UAE’s first Minister of State for Advanced Sciences, provided an overview of the scientific objectives of the Emirates Mars Mission, explaining how the Hope probe will study the Mars’ atmosphere to unlock its mysteries.

The event was held under the theme, ‘Through Space We Flourish’, and aimed at developing national capabilities in space science, technology and research, in addition to raising awareness among all members of society who are interested in science and space through interactive workshops and activities.

Also speaking at the event, Ahmad Abdullah Humaid Bel Houl Al Falasi, Minister of State for Higher Education and Advanced Skills, and chairman of the UAE Space Agency, said, “The task we all share as a top priority is motivating affinity towards science and education, as a cornerstone for building a successful human capital in the space sector.”

He added: “We are at the start of a whole new era in our sector, where collaboration and cooperation among all specialists in the space sector is paramount in order to build and develop current and future capabilities. The goal is building human resources and an academic and technical workforce capable of developing space projects and initiatives. This necessitates hard and dedicated work in order to make more achievements.”

Yousuf Hamad Al Shaibani, director-general of MBRSC, said: “Organising the MBRSC Science Event at the Etihad Museum has great significance. This is the destination where the first spark of the UAE development journey was ignited. The wise and forward-looking vision of our leadership has enabled the UAE to establish a comprehensive approach to sustainable development.”