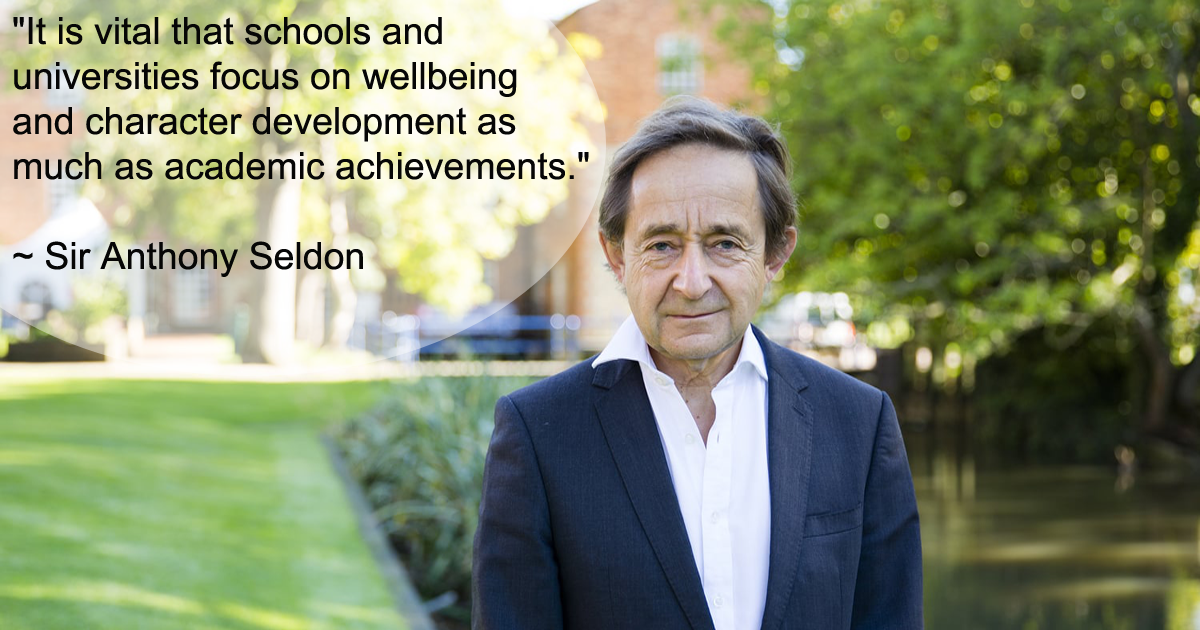 Renowned British educator and historian believes the world has much to learn from UAE’s focus on well-being as well as academic achievements.

Children are not being prepared or equipped with the skills required for the future, a globally known historian and educator has said.

Sir Anthony Seldon, vice chancellor of the UK’s University of Buckingham and a highly regarded contemporary historian and commentator, believes learners deserve an education that develops their character and well-being just as much as it does their grades.

He said much work needs to be done to provide a well-rounded learning experience across the globe.

Speaking at the Global Education Forum organised by The Observatory on Borderless Higher Education and the Knowledge and Human Development Authority in Dubai, Sir Anthony said the work being carried out in the UAE with cognitive and holistic learning is “very important”.

“Imagine going to the gym and rather than working on the entire body, you just work on the left leg,” he said.

“So the other leg and the trunk become very weak. However, you have an incredibly strong left leg. That’s what our education system is like the world over.

The educator said that we are only educating children on a “small part of what it means to be a human being”, but that the UAE is “leading the way” in providing education that supports well-being as well as academic success.

Mr Seldon believes seats of learning are stuck in the past in terms of their teaching methods and are still preparing pupils “for the 20th century”.

“We are almost a quarter of the way into the 21st century and is about time we woke up.

On the UAE, Mr Seldon said that there is “deep respect” for the country all over the world for the way it has been” true to its religion but has also embraced and been welcoming to Western values”.

“The UAE has done extraordinarily well and I think the most important contribution of this country and its greatest leadership is in championing well-being and grounding schools on a holistic understanding of what well-being and character are.

“It has such a tremendous platform and a geographic position to link east and west, north and south.”

Holistic learning is a philosophy of education that involves helping pupils to develop webs of information rather than memorising straight facts. The idea is to educate the whole person, with their intellectual, emotional, social, physical, artistic, creative and spiritual potentials benefiting as well as their academic knowledge.

Aimed at thrusting UAE education institutions into the future, Dubai’s Rahhal Initiative allows pupils to study at more than one school or even part-time, while spending the rest of their time developing the skills they are most interested in. It is designed to provide a creative and innovative alternative to mainstream education.

Mr Seldon also expressed caution over artificial intelligence as the technology becomes more integrated with all parts of society, including education.

He said it is important that the human touch is not lost as AI continues to rise in prominence, and urged decision-makers to be aware of its potential benefits and dangers.

Mr Seldon is the author of a number of books, including biographies of four UK Prime Ministers.