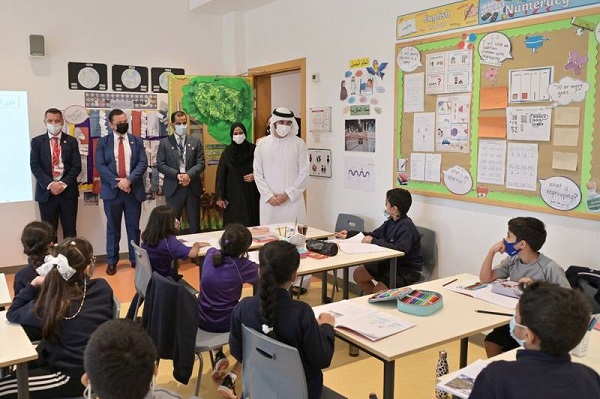 Sheikh Hamdan bin Mohammed, Crown Prince of Dubai, said the emirate could expand an affordable schools project that had been successfully launched in two locations in the city.

The Dubai Schools project, introduced in March this year, is an initiative that allows schools to operate under a new public-private sector partnership model.

The first two schools in the initiative opened last month in Mirdif and Al Barsha for pupils from preschool to Grade 4.

Sheikh Hamdan visited one of the schools in Al Barsha on Sunday and received an update on the project’s progress.

“I visited a school in Al Barsha today and oversaw the work being done there,” Sheikh Hamdan said on Twitter.

“A good example of innovative education systems that follow the leadership’s vision of the future,” he said.

“These systems raise a generation of thinkers and creatives and innovators. A generation strongly attached to its heritage and culture and able to speak the language of the era and use its tools.”

Sheikh Hamdan said there were plans to expand the project even further.

“We recommended that this project be expanded to become an example of a successful education project made in partnership between the public and private sector,” he said.

“These schools are a new addition to the education infrastructure of Dubai, making it an attractive location for those who seek to learn, designed to give a child everything he needs to succeed.”

Run by a private sector operator Taaleem, the schools follow the American curriculum but focus on Arabic literacy, science and technology, the UAE’s culture and Islamic studies.

38 Plants And Animals You Should Never Ever Touch