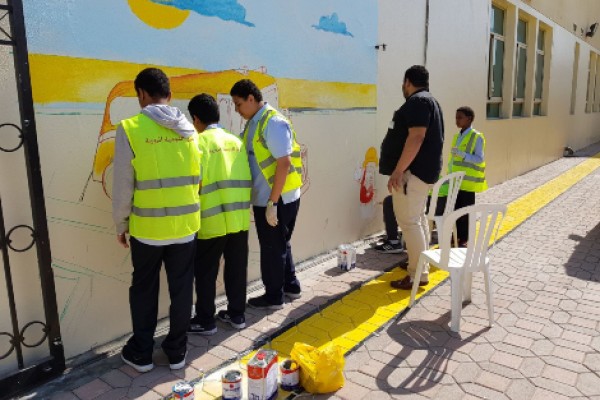 DUBAI, 6th September, 2018 (WAM) — The Roads and Transport Authority, RTA, in Dubai has developed a new plan for promoting traffic awareness in Dubai schools and nurseries for the new academic year 2018-2019.

The RTA has created a strategy to promote a culture of traffic safety amongst students and children, with the aim of reducing the number of serious traffic accidents around schools. Over the past five years, Dubai has succeeded in achieving zero fatalities in school zones, which is due to a combination of engineering, technical and awareness measures undertaken by the RTA, which plans to maintain that clean record during the new academic year.

Awareness events targeting students are a key part of the RTA’s traffic awareness strategy in Dubai, and relevant school events are being coordinated with the Ministry of Education, the Dubai Educational Zone and the Knowledge and Human Development Authority.

The RTA has created specific visual presentations that cater to various age groups in schools across Dubai, and its teams have prepared written and e-surveys for specific grades, which will be distributed before and after awareness events, with the aim of finding changes to the activities and awareness of students.

Its programmes also include awareness lectures for school bus drivers and parents, as well as educational messages via social media, outdoor ads and e-media. Traffic accidents in school zones are mainly caused by a lack of driver awareness and their failure to anticipate the actions of students in these areas.

The RTA’s “Traffic Awareness Masters” will intensify their visits to schools and nurseries at the start of the new academic year. They will also hold awareness events and distribute the monthly magazine, Salama, whose September issue includes a series of drawings and stories that focus on the new school year and how to avoid traffic accidents.

Pupils turn teachers for the day for education celebration

TBHF seeks to ensure access to education for all