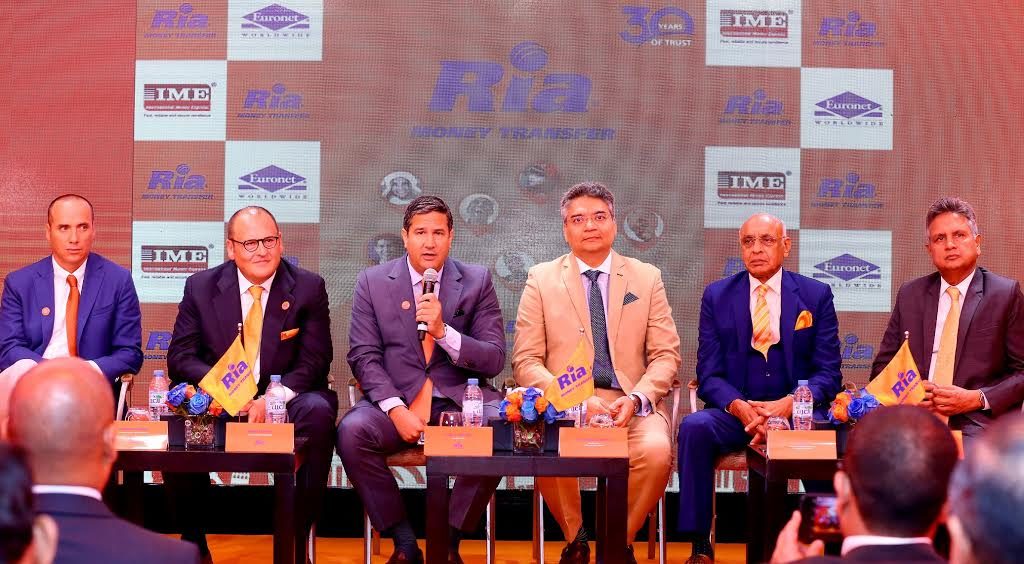 Dubai, U.A.E., May 21, 2017 – Ria Money Transfer (“Ria”), the third largest money transfer company in the world and subsidiary of Euronet Worldwide Inc. (NASDAQ: EEFT), has announced its expansion and ramp-up in the GCC countries and has more than 50 key business partnerships in the banking and financial services sector. Speaking at a press conference in Dubai, Juan Bianchi, CEO & President of Ria Money Transfer also announced that the company has launched an industry leading outbound remittance service to India, having partnered with three large money transfer agents in the world’s number one remittance receiving country.

Ria’s new principal agents – Paul Merchants Limited, Weizmann Forex Limited and Transcorp International Limited – are well-recognized in India and have more than 15 years’ experience in the money transfer sector. With the addition of these agents, Ria will upgrade its cash payout network during the next 12 months by adding tens of thousands of high-quality retail and non-bank financial company locations across India. The robust and ubiquitous network will provide Ria with increased brand recognition across India, while providing tremendous convenience and accessibility for beneficiaries to easily receive cash remittances.

“With the addition of our new agents, Ria will raise the quality of its existing network in India, providing customers with thousands of additional locations to receive cash remittances from their loved ones. Through partnering with Paul Merchants Limited, Weizmann Forex and Transcorp International, we are now better positioned to offer customers in India a ‘gold standard’ service, with money transfer that is fast and reliable, no matter where they reside,” explained Bianchi.

Following Ria’s 2015 acquisition of leading Malaysian money transfer business, IME, the company has expanded its footprint in Asia. Ria’s expansion in the Middle East and Gulf countries is the most recent in a line of strategic moves for the company, which forms part of Euronet’s money transfer segment. In 2016, this segment collectively processed 82.3 million transactions – a 20 per cent increase from 2015 – and facilitated $33 billion in transfers.

Manuel Villena, Managing Director for the Middle East at Ria Money Transfer, said, “Ria’s regional headquarters in Dubai will serve as the base for our expansion in this region. This is a key part of our growth strategy, as it enables us to further connect our money transfer services with additional partners, while reaching more customers worldwide, especially in South and South East Asia.”

There are approximately 15.6 million Indians living outside their country of birth. They are the largest group of the expatriate community in the UAE and the largest diaspora group globally. The World Bank reported that in 2015 more than $38.6 billion was sent from GCC countries to India, making it the world’s largest sending region for remittances to the world’s second most populous country.

As well as cash pick-up, Ria also offers bank deposit services which allow customers to transfer money to any bank account in India. The company, which was founded in 1987 and is celebrating its 30th Anniversary in 2017, now has services in 146 countries, through approximately 321,000 locations.