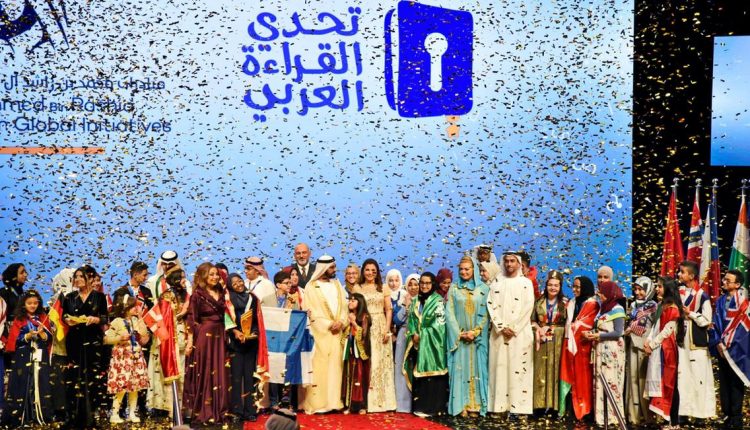 A record-setting 21 million children from 52 countries will vie for the title of Arab Reading Challenge champion this year, Sheikh Mohammed bin Rashid announced.

The Arab Reading Challenge was launched by the Vice President and Ruler of Dubai in 2015 to encourage a million young people to read 50 books in a year.

The initiative has proved a huge success story, with last year’s installment attracting more than 13 million entrants from 49 nations.

“I’m proud of the participation in the fifth edition of the Arab Reading Challenge that marked a new record of 21 million students supported by 120,000 supervisors from 96,000 schools across 52 countries,’ said Sheikh Mohammed.

“Witnessing students compete to read in the largest-ever Arab reading initiative fills me with pride.

“Reading broadens horizons and enlightens the mind and thus, accelerates the journey towards development. The Arab Reading Challenge demonstrates our region’s capability to collectively carry out vast knowledge initiatives.

“We take this opportunity to thank Arab education ministers, supervisors and coordinators across the world and congratulate our Arab students upon this new level of achievement.”

Sudanese teenager Hadeel Anwar said her life had been changed forever after securing the Dh500,000 top prize from Sheikh Mohammed at the Dubai Opera House in November.

The challenge’s growing popularity was boosted by the introduction of the Arab Reading Challenge TV show, broadcast last year, showing the journey of 16 semi-finalists in the competition from 14 Arab countries.

Improved co-ordination between education authorities across the Arab world has also helped support a surgein the number of participating schools from 67,000 schools last year to to 96,000 in 2020.

At the Arab Reading Challenge, the top school is awarded a Dh1 million prize while the best supervisor wins Dh300,000.

The competition is open to anyone in the region, as well as Arabs living abroad, aged between eight and 18.

Since its inception, pupils at the Arab Reading Challenge have had to go through several qualifying rounds to contend for the prestigious accolade.

Pupils are assessed on their understanding of the 50 books they have read, and are also evaluated on their ability to communicate accurately in Arabic.

The latest Arab Reading Challenge champion is to be crowned at a ceremony in Dubai in October.