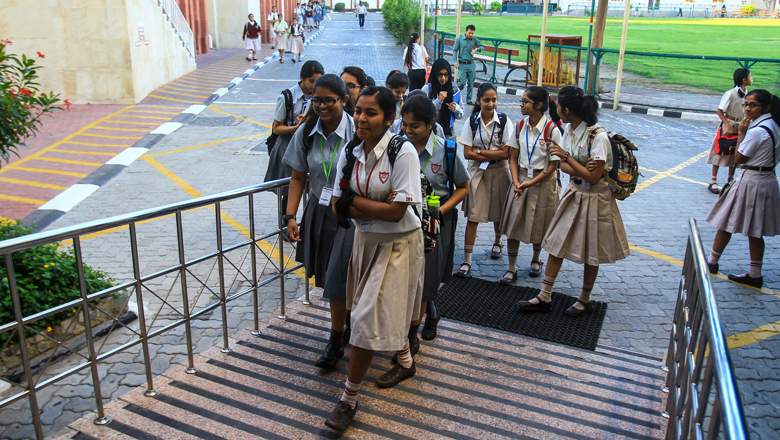 Parents in UAE hunt for discounts to keep school costs down

Being financially wise is important when it comes to school purchases.

Summer has passed by and students are now getting ready to head back-to-school. It can be an expensive time for many parents, especially ones with more than one child because they have to purchase back-to-school necessities – uniforms, books, stationery items, book bags and lunch boxes.

Some parents spoke to Khaleej Times on how they cut back costs or stay financially-wise when it comes to the back-to-school shopping.

A parent of two children, Archana Desai, said she spends about Dh500 on each child to get them ready for school each year.


“The uniform rates are high, but, by buying them only once a year -in the beginning – and not every time school resumes, can add up the savings for the next year’s school supplies,” she said.

“Another way to save is to be on the lookout for back-to-school sales. It is true that each year the school supply costs go higher and the demands increase. This is due to the advancement of subjects or because one of their friends got something trendy or simply because they want to go home with big bags of stationery items.”

Another parent of two children, Prachi Sinha, said she tries to look for a “very good” sale and stocks up essential stationery items to cut costs.

She also buys her children’s uniforms in the beginning of the school year and purchases one uniform a size larger to ensure it fits much later into the year as her children grow.

“The problem is some parents buy only one uniform before school starts and when they go back to buy some more in the middle of the year, the prices are higher. It’s better to buy more and save money,” Sinha said, who added that she spends no more than Dh600 for both her children.

“I try to see which supermarkets have promotions and then I buy in bulk from there. It’s unreasonable to buy pens, colours and notebooks every year. Buy in bulk during a promotion, that way you save more over the years.”

Meanwhile, a parent of one, Sanya Pervez, said she keeps a budget of Dh500 for the back to school shopping each year.

“We try to avoid shopping from malls because they have backpacks that are overpriced. We try to stick to hypermarkets that have a sale going on,” she said.

Atik Munshi, a senior partner at Crowe – a public accounting firm – spoke to Khaleej Times and shared some financial advice to parents on how they can cut costs when it comes to their back to school shopping and paying their tuition fees on time.

“Cost of education of children is one of the major expenses to any expatriate family in the UAE. Every year, depending on the number of school or university going children, parents have to set aside a decent portion of the budget for such costs,” Munshi said.

“Most children continue in the same institution, hence the cost of the education and other ancillaries are more or less known in advance. Whether you are a salaried person or a business person, you need to set aside an amount of the schooling fees so there are no unpleasant surprises.

“Not much can be saved on the tuition fees, though other add-ons, like school bags and lunch boxes that can be sourced from factory outlets where you get a better bargain. Non-branded but good quality items will last nearly as long as the branded counterparts which might be twice as expensive.”

He said parents should teach children how to be thrifty, which will help them avoid unnecessary expenses, not only in the education career but later when they become adults.

“Keep a reminder for the next installment(s) of your children at least a week in advance of when they are due and keep records of all payments made to the school. Remember to take a receipt. University education costs are generally much higher compared to the school fees, if your child is due for a university in the next three years, it is advisable to plan and save for the same now,” he said.