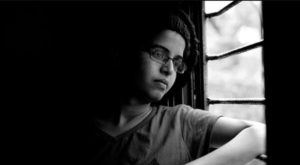 New Research Says Depression Is Not A Choice, It’s A Form Of Brain Damage

Most people can feel anxious or depressed at times. This feeling can be caused by various situations, such as getting fired, losing a loved one, going through a divorce, you name it. Such difficult situations can lead you to feel scared, sad, lonely, nervous, or anxious.

These feelings are a normal response to such stressful situations, and while you may feel depressed because of those situations, this is something that will eventually pass and you will be able to function normally.

However, there are those people who feel like this all the time, for no particular reason. This feeling disables them from functioning normally. It’s very difficult for these people to carry on with a normal life, as the feeling is just overwhelming.

When a person feels discouraged, hopeless, sad, unmotivated, or disinterested in life in general for more than two weeks, and when those feelings start to interfere with the daily activities – it’s likely that this person is having a major depressive episode.

This disorder is called Major Depressive Disorder (MDD), and according to the Anxiety and Depression Association of America, it’s the leading cause of disability in the United States. It affects people of all ages, including young children and teens.

MDD is diagnosed when at least 5 of these symptoms persist for a two-week period:

The brain and MDD

In a study conducted by the ENIGMA MDD Working Group, it has been established that MDD affects the brain by causing physiological damage to it.

The study examined an unprecedented number of almost 9,000 people, 7,199 of which were healthy, while 1728 were diagnosed MDD. The research team compared the MRI brain scans of the participants and found a pattern that showed a striking difference.

It turns out that the true cause of MDD lies in the size of the hippocampus, which was discovered to be smaller in those suffering from MDD. Although this theory has existed as such, no research sample was large enough to establish it as fact.

Now, the ENIGMA MDD Work Group has finally gathered a sample large enough to prove that MDD indeed comes in correlation with the size of the hippocampus. The patients diagnosed with MDD showed a shrinkage in the hippocampal volume by up to 1,24%.

The hippocampus is in charge of the creation of new memories, the processing of long-term memories, emotional responses, and spatial navigation. It’s located in the medial temporal lobe, or the center of the lower middle part of the brain.

The fact that it’s reduced in size in patients diagnosed with MDD explains as to why these people are experiencing depression in such way.

As professor Ian Hickie, the co-author of the study, explains, memory is not only about knowing how to do Sudoku, or remembering a password. “It’s the whole concept we hold of ourselves.”

He explains that a lot of other animal experiments have shown that the shrinkage of the hippocampus doesn’t affect only the memory, but also an array of other behaviors that associate with it.

The shrinkage of the hippocampus is associated with a loss of function, he concludes. This explains why people suffering from depression are having a tough time coping with the daily activities.

The good news is…

The brain damage done by MDD is reversible. This means that with proper treatment, the brain function can be returned to normal.

This is important to note, and if you think that you are suffering from MDD, you should visit a healthcare professional and start the recovery process as soon as possible.