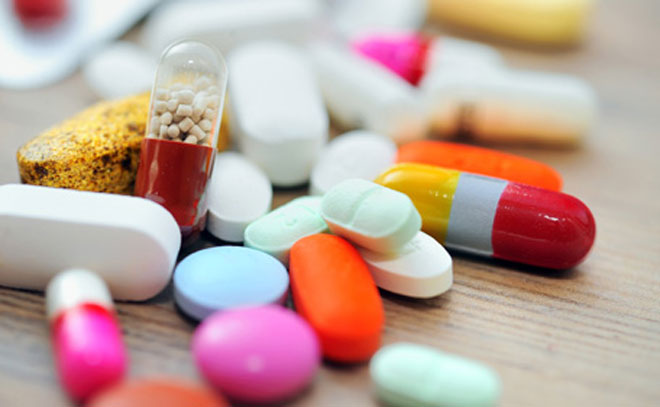 Medicine in the UAE – Past, Present and Future

It was the beginning of healthcare for Dubai with the opening of a small healthcare centre in Al Ras area.

Under the patronage of His Highness the late Sheikh Saeed bin Maktoum, the first phase of the Al Maktoum Hospital is built.

The construction of the Al Maktoum Hospital is completed with 157 beds.

The Ruler of Dubai establishes the Department of Health and Medical Services (DOHMS).

His Highness Sheikh Hamdan bin Rashid Al Maktoum, Deputy Ruler of Dubai, UAE Minister of Finance is declared to be the president of DOHMS.

During that same year, Rashid Hospital is opened in Dubai, complete with 454 beds.
1975

Seven community clinics are opened in Dubai with the aim of reaching out to the people living in the different areas of the Emirate.

The Department of Health and Medical Services moves into its new headquarters located near Rashid Hospital.

A state-of-the-art hospital is inaugurated in Deira, known as the Dubai Hospital, equipped with 625 beds.

Al Wasl Hospital, a 367-bed specialised maternity and paediatric hospital, is inaugurated. On 4th of January, 2012, as per the orders of His Highness Sheikh Mohammed bin Rashid Al Maktoum, Vice-President and Prime Minister of the UAE and Ruler of Dubai, the name of Al Wasl Hospital is changed to Latifa Hospital, to pay homage to the loving memory of his late mother SheikhaLatifa Bint Hamdan bin Zayed Al Nahyan.

His Highness Sheikh Mohammed issued this directive on the sixth anniversary of his accession as the Ruler of Dubai.

Six community health centres are opened across Dubai to serve the people living in those areas.

The concept of primary healthcare is established and adopted in line with the philosophy of the World Health Organisation’s motto “Health For All By The Year 2000”.

20 health centres are opened across Dubai to ensure access to basic primary healthcare.

The DHA was formed under the directives of His Highness Sheikh Mohammed bin Rashid Al Maktoum, Vice President and Prime Minister of the UAE, Ruler of Dubai.

Where are we now?

The UAE has a highly developed health service, including a sophisticated physical infrastructure of well-equipped hospitals, specialised clinics and primary care centres. The UAE stands at number 27 in world health systems ranking of the World Health Organization (WHO). The UAE has many government and privately run hospitals, day care centres and primary health clinics to cater to its population.

Currently, there are 65 hospitals in the UAE, 15 of them federal institutions, and over 150 primary health-care centres and clinics, in addition to 11 school health centres, 10 centres for mothers and children and 110 special units for mothers and children in hospitals and primary health-care centres. This is compared with just 7 hospitals and 12 health centres when the Federation was established in 1971.

Although world-class facilities such as the Imperial College London Diabetes Centre and the Gulf International Cancer Centre, Dubai Hospital, University Hospital Sharjah, and the Johns Hopkins affiliated Tawam Hospital in Al Ain are providing exemplary care, there is a renewed focus on prevention both at Government level and by voluntary groups. For example, the equestrian Pink Caravan Initiative, created by the Sharjah-based Friends of Cancer Patients Charity, which treks across the country with a mobile screening unit, had by January 2013 successfully screened over 16,776 men and women since its inception in 2011. Other initiatives include walks to raise awareness about diabetes, anti-smoking campaigns, and healthy diet and fitness drives.

What does the future hold ?

With the UAE’s high-flying ambitions, no doubt we’ll see the Emirates following advancements in technology to supplement ever-changing medical advances. Current research reveals exciting possibilities as technology and healthcare continue to advance – so just what is going on in the field of biomedical technology?