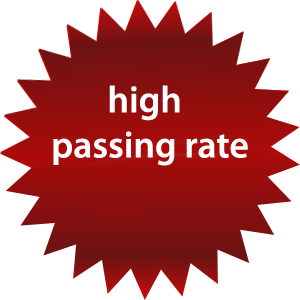 High pass rates for Grade 12 exams in the UAE

FUJAIRAH // More than 90 per cent of pupils who sat the advanced Grade 12 examinations nationwide have passed.

Hussain Al Hammadi, Minister of Education, personally called the top achievers to give them their results and congratulate them for their perseverance and excellent performance.

Mr Al Hammadi also thanked parents for encouraging their children to attain high levels, and stressed the importance of teachers and school administrators in achieving such excellent results.

A total of 22,803 students who sat the exams were from public and private schools that follow the ministry curriculum, and 8,053 from schools teaching Abu Dhabi Education Council’s syllabus.

Public school pupils had the highest pass rate, with 90.91 per cent passing the advanced exams and 76.76 for the general tests.

Private schools using the ministry curriculum were just below that, with a 90.82 per cent pass rate for the advanced exams and 68.60 for the general.

The ministry said that the new curriculum combined academic and practical approaches, which helped to enhance pupils’ abilities within national education standards.

Pupils and their parents have been sent text messages throughout the year, telling them of their grades in all their subjects.

Palestinian Amin Fraij, who lives in Sharjah, topped the list of achievers of all nationalities in the advanced exams with 99.8 per cent and 1197.8 points.

Amin was just ahead of Jordanian Laila Khanfar, the top-performing girl, with 99.8 per cent and 1197.7 points.

Amal Al Kaabi, from Ajman, was the top Emirati in the advanced exams, with 99.3 per cent, while Khadijah Al Suraidi was second with 99.2 per cent.

In the general exam, top achiever was Rawan Ghazal, a Palestinian who lives in Sharjah, with 99.4, while Emirati Maythaa Al Ahmad of Dubai, was second but first among nationals, with 99.2.

While pupils celebrated their achievements, some education experts said the ministry exam had some way to go before it met international standards.

“I think the issue for me is, do these exams stand up to international standards?” asked Judith Finnemore, of Focal Point Management Consultancy.

“Some of the pass rates are very high and having worked in these schools, I have to question the results.”

The standard of English for many pupils, for example, was not high enough, she said.

“I don’t want to dampen the feeling of students who have passed and, if the exams are on the international benchmark standard, then well done to those who have done well,” Ms Finnemore said.

She believed the ministry should focus on having international benchmark tests similar to SATs so that all pupils knew that if they wanted to get through Grade 12, they had to pass these benchmarks.

“In A levels in the UK not everyone passes and they are a real challenge because they are a far higher benchmark,” Ms Finnemore said.