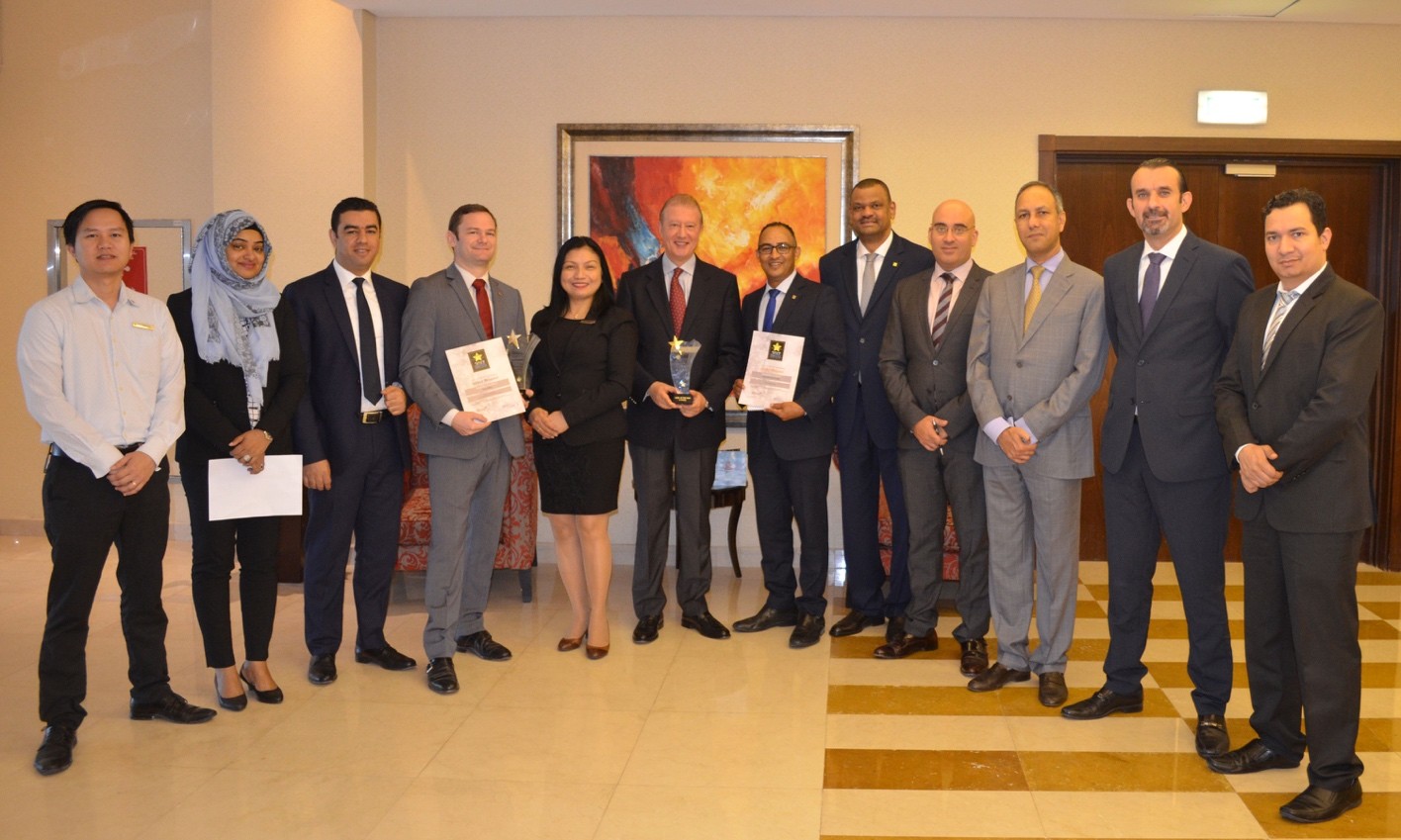 Over 400 candidates entered the race to be nominated and finalized as one of the best in their category. The Hospitality Excellence Awards 2017 was presented to recognize top industry organizations and professionals who have shown skill, creativity, ingenuity and success in the Middle East & North Africa’s growing hospitality industry.

The 3rd annual Middle East Hospitality Excellence Awards in 2017 was held on the evening of Sunday, 26th Nov 2017 at Rixos Premium Dubai, where more than 400 top industry figures met at this spectacular gala dinner. The glamorous evening included a reception, a great meal and excellent entertainment, in addition to the awards ceremony.

Gloria Hotel, Dubai was awarded as the ‘Gold Winner’ for the best in hospitality in recognition for unsurpassed service excellence in the company category whereas in the individual category Gloria Hotel grabbed ‘Silver’ for Hospitality Excellence: Front Office. “We sincerely thank our clients, guests and each & everyone who supported and voted for us. We hope to continue our success moving forward. Season’s Greetings and a prosperous New Year to you and your respective families.” said Freddy Farid, Area General Manager, Gloria Hotels & Resorts.

Voting was in two phases. Hospitality companies and individuals were asked to register their best candidates/companies for each category. This was done free of charge and each nominee submitted details of why they were being nominated. The final list of nomination is decided by the Judges. And the “GOLD and SILVER” winners were based on votes obtained.