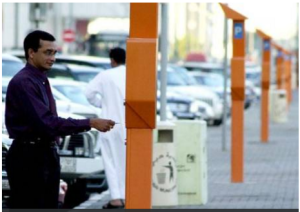 Dubai: Government departments confirmed on Wednesday that parking will be free in Abu Dhabi and Dubai over the long weekend break.

The Integrated Transport Centre (ITC) at the Department of Municipal Affairs and Transport in Abu Dhabi announced that surface public parking bays will be free of charge from midnight on Thursday, December 1 to 8am on Sunday, December 4.

The ITC also urged customers not to park their vehicles in prohibited areas, and not to block other vehicles, during the UAE National Day celebrations.

“The public should adhere to the regulations regarding the resident permit parking bays from 9pm to 8am,” it added.

Customer Care Centres Branches of the ICT will remain closed during the holiday, and will resume work on December 4.

In Dubai, parking will be free of charge from Thursday to Saturday.

In a statement, the Dubai Roads and Transport Authority said: “All paid parking zones in Dubai, except for Fish Market and multi-level parking lots, would be free of charge from Thursday, December 1, and the fees system will be reinstated on Sunday, December 4.”

Working hours of the Dubai metro during the holiday:

The Red Line Metro Stations will operate on Thursday from 5.30am to 1am and on Friday from 10am to 1am (of the following day).

The Green Line Metro Stations will operate on Thursday from 5.50am to 1am and on Friday from 10am to 1am.

The tram will operate on Thursday from 6.30 am to 1am and on Friday from 9am to 1am (of the following day).

The service time of public buses:

Metro Feeder Bus Service at Rashidiya, Mall of the Emirates, Ibn Battuta, Burj Khalifa, Etisalat and Abu Hail will operate from 5am to 12.20 am.

UK and US Schools to open branches in Dubai

Dubai scores higher than global average in Maths and Science