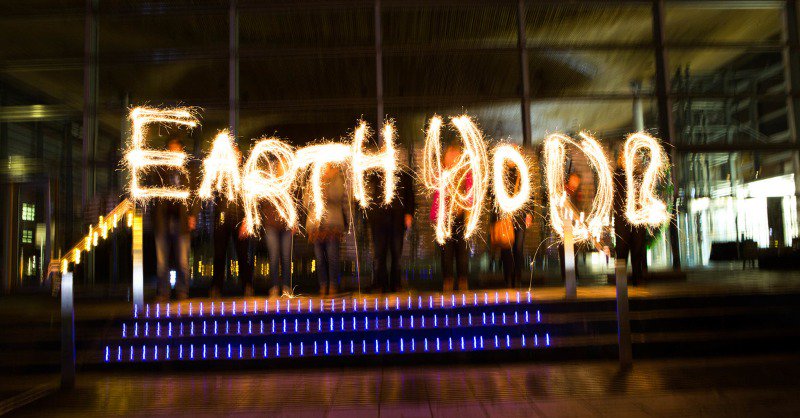 Earth Hour 2018: UAE Ready to Switch off the Lights

Government, companies and residents to mark Earth Hour on Saturday.

Residents and businesses across the country are expected to switch off their lights on Saturday to mark Earth Hour.

Every year, government and private entities in the UAE attempt to encourage the public to turn off their lights between 8:30pm and 9:30pm to spread the Earth Hour message about taking action over the risks of climate change.

The move comes as part of the country’s efforts to become a greener community and achieve environmental sustainability.


Sheikh Hamdan bin Mohammed bin Rashid Al Maktoum, Crown Prince of Dubai and Chairman of the Executive Council of Dubai, together with the Emirates Wildlife Society (EWS) and World Wide Fund (WWF), have organised ‘Connect to Earth’ and called upon the public to switch off unnecessary lights between 8:30pm and 9:30pm.

“Earth Hour highlights the power of each individual, and what we can achieve if we do it together. With 2018 being the Year of Sheikh Zayed, we invite everyone to join the movement, honour our Founding Father’s vision, and help us make a difference. The late Sheikh Zayed bin Sultan Al Nahyan was a visionary in terms of sustainable development. He understood the power of the human spirit and united our nation,” said Laila Mostafa Abdullatif, director-general of EWS-WWF.

“Biodiversity is key to our livelihood. Whether it is by protecting trees and greens that provide us with the air we breathe, or pollination that gives us the food we eat. Various species provide humanity with basic necessities, and it’s our duty now to protect our shared home – the Earth, not just during Earth Hour, but on every day of the year,” she said.

Mr Al Tayer said that authorities aim to make Dubai with the lowest carbon footprint in the world by 2050.

The Roads and Transports Authority in Dubai will switch off 1,433 street lights during Earth Hour.

“A total of 1,433 light poles will be switched off in Dubai to save around 683.7 kilowatts in one hour, including Business street, Al Saada streets, Boulevard streets, said Mr Nasser Abu Shehab, Chief Executive officer of RTA’s strategy and corporate governance sector.

Mr Abu Shehab said that light poles will be switched off in internal streets in Jumeirah.

“Lights and air conditioners will be switched off in authority’s building, as well,” he added.

From streets in Dubai to major landmarks across the UAE are expected to join the global movement.

Carrefour UAE will be taking part. A total of 1,408 kilowatts will be saved by switching off 50 per cent of light across its 28 stores, representing a saving of 1,408 Kilowatts.

Carrefour UAE showing its support with a variety of activities designed to promote energy conservation and contribute to the global energy saving initiative. A team of representatives in Carrefour shops will be educating the public about the importance of conserving energy.

Emirates Global Aluminium said it had saved over 70,000 kilowatt hours of electricity in the past year through weekly observance of Earth Hour. It has also saved the equivalent of 30,000 kilogrammes of CO2 since last March.

“The savings from our weekly participation in Earth Hour are modest, but the true impact is in changing mind-sets. As an energy intensive industry, reducing the amount of energy we use to make each tonne of aluminium saves both costs and emissions. Everyone has a role to play in reducing energy use at EGA, and more broadly in society for our planet,” said Abdulla Kalban, managing director and chief executive of EGA.