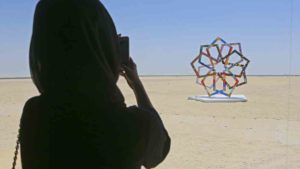 It’s the date everyone in the UAE is looking forward to, but what can we expect when October 20, 2020 rolls around? Let us explain.

It is a global destination for millions of people to share ideas, showcase innovation, encourage collaboration and celebrate human ingenuity. They are organised every five years and last for six months.

The first World Expo was held in 1851 at London’s Crystal Palace and was known as The Great Exhibition of the Works of Industry of All Nations. It displayed about 100,00 objects showcasing the inventions from the industrial revolution.

Some of the amazing inventions which were first brought to the world at an expo include the telegraph in London in 1851, the typewriter in Philadelphia in 1876, the diesel engine in Paris in 1900, the colour TV in New York in 1964, IMAX film in Osaka in 1970, and wireless trams in Yeosu in 2012.

The most recent expo, which started in 2015, was held in Milan, Italy, under the theme of “Feeding the Planet, Energy for Life”. Inventions to come out of it include solar trees and energy saving elevators – something which would be useful in the UAE with all of the high-rise buildings.

How did Dubai win?

“Ladies and gentlemen, Dubai wins.” Those were the words in 2013 which brought about scenes of jubilation both in Paris at the general assembly of the Bureau International des Expositions (BIE), the international organisation responsible for overseeing, regulating and selecting the candidate for the world fair, and in the UAE where residents were waiting for the outcome of the voting of the 164 nation members entitled to vote. Dubai won by a resounding majority with 116 votes, leaving Yekaterinburg, Russia, with only 47.

“I am proud of our teams who earned this victory for Dubai with two years of hard work, dedication and commitment,” Sheikh Mohammed bin Rashid, Vice President and Ruler of Dubai, said. “We renew our promise to astonish the world in 2020.”

Reem Al Hashemi, Minister of State and managing director of the Dubai World Expo 2020 bid committee, had earlier delivered an emotional speech to the BIE committee. She received resounding applause for her 20-minute presentation which contained videos on Dubai’s strengths of diversity, infrastructure and stability.

When the victory announcement was made fireworks filled the sky in Dubai as they exploded out of the Burj Khalifa in front of thousands of smiling faces below. Sheikh Mohammed later announced a holiday for all educational institutions across the UAE.

After two years of hard work and planning, Dubai’s bid to host Expo 2020 had reached 850 million people through social media, with none of the other contenders coming close according to Fisheye Analytics.

Where is it being held?

The Expo site is located in the area known as Dubai South, close to Al Maktoum International Airport. The site covers 4.38 sq km and has four main entrances. The Dubai Metro Route 2020 will take 46,000 passengers per hour to and from the Expo site in under 16 minutes from Dubai Marina.

What can visitors expect?

Al Wasl Plaza will be the heart of Expo 2020. It is said to bring together a physical manifestation of the main theme of the Expo, which is “Connecting Minds, Creating the Future.” Significant events such as the opening and closing ceremonies will be held here.

The public were given their first look in April at how Al Wasl Plaza is expected to shape up. A dome is set to double up as a 360-degree screen at night, projecting images to thousands of visitors both inside and outside.

The dome will be 65 metres tall with a diameter of 150m, and will hold an estimated 10,000 visitors, said Ahmed Al Khatib, vice president of property at Expo 2020 Dubai. Filled with fountains, waterfalls, parks and palm-lined courtyards, the dome will be partly open to the sky at the top.

Each participating country will have its own pavilion, while there will also be a pavilion for each of the main themes – sustainability, mobility and opportunity. The UAE pavilion meanwhile is being designed by Santiago Calatrava and features the outline of a falcon.

How is progress on the site going?

Sheikh Mohammed bin Rashid took a helicopter ride above the site on August 7 to get a bird’s eye view of the progress. The video showed how the site, which expects to see 25 million visitors, is taking shape with the different districts clearly visible.

Contracts to build the three major pavilions representing Expo 2020’s main themes will be awarded in the fourth quarter of this year, according to the event’s vice-president of real estate, Ahmed Al Katib.

A tender to build up to 30,000 car parking spaces around the outer elements of the site is due to be floated by the end of the current quarter.

A contract worth Dh353 million was awarded to Arabtec in July to build the UAE Pavilion at the site, while in May Al Futtaim Carillion won a Dh2.2bn contract to build the event’s Theme Districts meaning that the main phase of buildings and construction has started.

What will the legacy be?

According to the official Expo 2020 website, the legacy plans are “wide-ranging and ambitious”. “We hope to stimulate the development of a knowledge economy here in Dubai, anchored to the Expo site itself, which will continue, after the event, to be a destination that attracts visitors, students and companies and is home to a combination of organisations including strategic industries, specialised technology companies, social entities and education facilities,” it says. More than 80 per cent of the site is planned to be reused or repurposed in the legacy phase.

“We are building a city in Dubai South that is here to stay and will bolster the many other plans for growth that our leaders have for the country,” Marjan Faraidooni, senior vice president of legacy development and impact at Expo 2020 Dubai, wrote in The National in July.

Siemens has already announced that it would be setting up its global logistics base on the Expo site from 2021, while she added that other companies are actively considering following in its tracks.

A conference and exhibition centre will be a key building in the Expo master plan, and will become a major event venue to be operated by Dubai World Trade Centre.

The Expo project has given a boost to the area around the site developments being ramped up in Dubai South.

Off-plan sales in the first seven months of the year in Dubai South increased 285 per cent, compared with the whole of last year, property analysts Reidin said in a report.

Once the site is fully developed, it is expected to be home to about 1 million residents and 500,000 jobs.

It’s not just on the ground that the Expo effect will be felt, as Uber has signed an agreement with the Dubai Roads and Transport Authority to test flying cars at Expo 2020.

The inspiration behind the logo came from a ring found at a 4,000-year-old archaeological site in the desert in the Al Marmum area of Dubai.

The winning design was revealed by Sheikh Mohammed last year and was displayed on the Burj Khalifa.

The Expo 2020 logo, he said, “represents our message to the world that our civilisation has deep roots. We were and will always be a pot that gathers civilisations and a centre for innovation”.

Jonathan Gornall tells a wonderful story here on how the discovery of the ring can be attributed to Sheikh Mohammed himself.