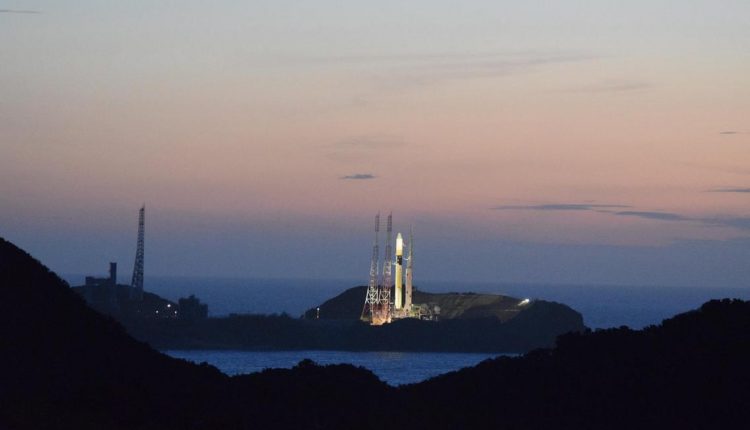 The project director of the UAE’s mission to Mars has described the challenge and exhilaration of Monday’s early morning launch.

Omran Al Sharaf told how the ambitious bid to explore the Red Planet had consumed years of his life, with the build-up leaving him exhausted but jubilant.

Speaking to The National, he said the atmosphere at mission control as the countdown began had been a mixture of sheer nerves and elation.

But he cautioned that a great deal of work lay ahead following the successful lift-off, with the probe now at the start of a nearly 500 million kilometre journey.

“For me, it’s shaped my life for the past several years – it’s been all about Mars,” said Mr Al Sharaf, 36.

“Just yesterday, I thought ‘wow, we are launching today’. Usually you are so busy running around, you don’t feel it.

For me, it’s shaped my life for the past several years – it’s been all about Mars.

“But yesterday, I felt it in the control room an hour and 40 minutes before launch and I thought ‘oh God, this is happening’.”

The Hope probe took off from Japan’s Tanegashima Space Centre at exactly 1.58am UAE time.

Two previous attempts to launch the craft in the last week have had to be called off due to adverse weather.

The probe’s mission is to gather fresh data on the planet’s atmosphere via, in part, its sophisticated on board camera.

High-resolution images of Mars’ surface, as well as dust storms and ice clouds, will be captured and sent back to Earth for study.

“The time just flew from the one hour and 40-minute countdown all the way to the first contact [with the probe],” said Mr Al Sharaf, describing the launch.

“It was an amazing learning experience, but not an easy one given the challenges.

“The whole time I was really nervous. Each second was very critical. The side boosters falling off and the opening of the fairing was very important.

“It was quite tiring and at certain points where there were two minute or three minute waiting periods, it felt like 20 minutes.

“It’s a very strange feeling to explain. I got exposed to things that people at a much older age do, but it gave me a very valuable experience.”

Hope’s arrival in Mars’ orbit is expected to be in February 2021 and will coincide with the 50th anniversary of the UAE’s formation.

It will orbit the planet at a distance of 22,000km to 44,000km, allowing scientists to see areas of its surface at all times of day.

The country’s leaders have spoken of their hope that the mission will prove an inspiration to the Arab world, providing yet another marker in the UAE’s ambitious space programme.

Last year, the Emirates sent its first astronaut to the International Space Station, an undertaking that also proved a resounding success.

“The UAE is ambitious and it has many different plans in its space programme,” said Mr Al Sharaf.

“We have a very difficult task ahead of us and this [the launch] was just 30 per cent of the journey.

“We still have the seven months [to reach Mars], the orbit insertion and [plans to begin] collecting data.”

In a statement, Naokazu Takemoto, the Japanese Minister of State for Science and Technology Policy, congratulated the UAE on the launch.

“It was a great honour to participate in the launch of the Hope Probe to Mars, which is a national project for the UAE,” he said.

“I hope to see the probe achieve successful outcomes, coinciding with the UAE’s 50th-anniversary celebrations next year.”