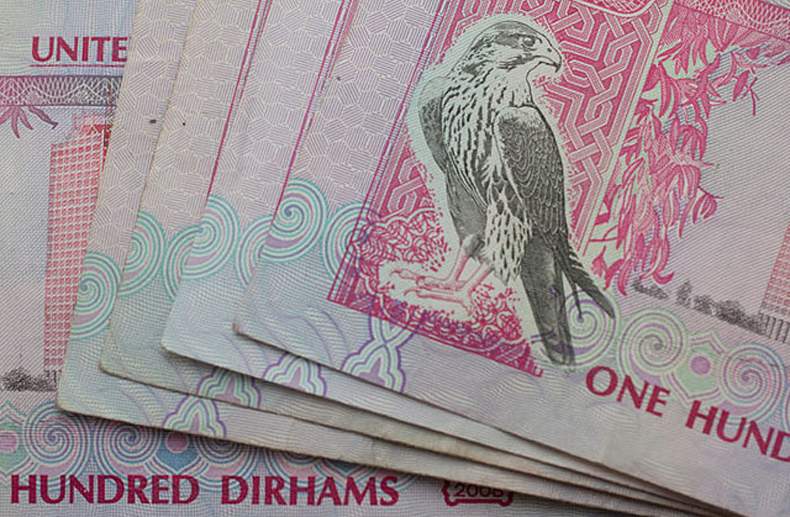 Dh200,000 fine for making these kinds of posts online in UAE

Authorities are coming up with new ways to fight the menace.

Every day, social media users go through hundreds of advertisements, many of them promoting healthcare services.

Clinics across the UAE are promoting procedures on social media platforms, including on their Facebook and Instagram pages, with tens of thousands of advertisements being posted a month.

A recent advertisement by a clinic used a video of celebrity Kim Kardashian undergoing a facial treatment. Though the video was shot in the US, the UAE clinic gave footnote to the video that read “Kim Kardashian’s secret to staying beautiful” and offered a 50 per cent discount on the first session.

There are many patients who fall prey to such advertisements and now, authorities are coming up with new ways to fight the menace.

In a bid to protect patients’ identity and safety, the Federal National Council (FNC) passed a new draft law in October, which stipulates that all health bodies in the UAE will be facing hefty fines if they are found posting advertisements without a permit from the Ministry of Health and Prevention (Mohap).

The FNC said that under the new law, which will be implemented three months after its publication in the Official Gazette, fines ranging from a warning and/or Dh1,000 to Dh1 million will be slapped on health organisations, clinics and physicians who fail to comply with the rules.

Penalisation also includes the suspension of medical licences for six months up to one year and the cancellation of permission to use the central data system, which will be set up by the ministry to store and exchange medical records.

Publishing ads online and on social media without permit can result in fines from Dh100,000 to Dh200,000, while entities that share patient details without consent or those who post videos and images of medical procedures will also be penalised.

The law also authorise the ministry to ban any website that publishes advertisements without consent.

FNC members said the new law aims to govern the use of technology in healthcare entities, which seeks to protect patients, since there has been an increase in the number of complaints about medical procedures and unethical advertisements posted online.

One advertisement posted last week by a clinic in Dubai, for instance, promotes lip fillers, with an image of a woman’s plum lip with the caption: “I want natural lips like Kardashians.”

The ad further reads: “Promotion; Botox and filler applications are 30 per cent off during the month of November.

“We are among the best botox and filler injectors of the UAE. Try us and choose the correct doctors with experience yourself,” it continued.

Meanwhile, another well-known clinic in Abu Dhabi, Dubai and Sharjah, also posted adverts on discounted treatments. There is also a growing phenomena in doctors posting videos of surgical procedures on their social media platforms.

In January this year, a famed cosmetic surgeon in Dubai was suspended after posting an indecent video on Instagram. The video was considered a violation against the UAE’s traditions and infringe public decency laws of the country.

The Dubai Healthcare City authorities suspended the plastic surgeon for posting the viral footage, which depicted scenes of the “celebrity” plastic surgeon and female patients behaving in a way that sparked a wave of anger among the public. The same surgeon, who is also practising in Lebanon, Kuwait and Saudi Arabia, often posted many “famous” faces that he claims are among his patients and revealing before and after shots, as well as posting videos taken while performing the surgeries.

“In these kind of violations, the Dubai Healthcare City authorities take special action in coordination with the Ministry of Health and Prevention and other health authorities in the country, to ensure that the violator is penalised as per the laws and rules followed in the country,” Dr Ramadan Al Baloushi, CEO of the Dubai Healthcare City, told Khaleej Times at the time of the incident.

In May this year, the Dubai Health Authority (DHA) made a ban on the promotion of medical procedures by taking videos and images of surgeries and posting them online.

The move by the DHA came after an increasing phenomenon of medical practitioners and “social media influencers” recording surgical procedures and posting them online for advertisement. Nevertheless, scanning on Instagram, one still finds dozens of clinics in the UAE promoting procedures online.

A Dubai-based clinic posted an advertisement on Instagram last week, which read: “Special offer: Three liposuction zones for the price of one by an Italian expert.” The cost of the liposuction is Dh25,000, read the advert.

On October 30, the FNC members said the new law will help protect consumers and patients from falling for advertisements that promote surgeries, scams and unsafe procedures.

Abdul Rahman bin Mohammed Al Owais, Minister of Health and Prevention and Minister of State for FNC Affairs, stressed that the draft law is a major step in support of national health planning and policies.

Moreover, he said that the ministry is developing a state-of-the-art healthcare system to match top global standards, which correlates with the UAE’s Vision 2021 of establishing a world-class healthcare hub.

The central system for medical records and health information will also help avoid errors from the administrative side, which the World Health Organisation (WHO) said is among the top 10 patient safety issues caused by healthcare facilities globally.

“Administrative errors – those associated with the systems and processes of delivering care – are the most frequently reported type of errors in primary care,” said the WHO.

This is not the first time the ministry raised its concern over advertisements that promote medical procedures.

The ministry has urged consumers to investigate the credibility of offers found online, including weight loss pills, skin whitening products, sexual functioning pills, medical procedures, as well as those who sell or promote medical equipment and advertise procedures.

Moreover, the sale of medical products that are unlicensed or unregistered in the UAE is a violation of Federal Law.

The WHO said that medical products on the internet may be harmful and unsafe for people to use, and may even be sold without adequate guidelines for use.