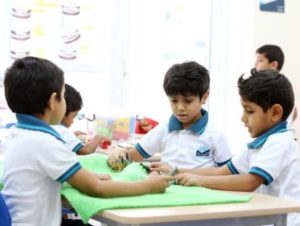 Top-ranked schools will be inspected every four years instead of two, education authority announces

The decision was announced by the Department of Knowledge and Education (Adek), formerly known as the Abu Dhabi Education Council, along with the results of the fourth inspection cycle for private schools.

According to the department, there has been a 47 per cent improvement in schools’ performance in 2015-2017 compared to the previous inspection. The results show that 83 schools out of a total of 191 in the emirate improved their rankings from the previous round.

“The construction of school buildings, the provision of facilities and educational, health and social services, and the creation of a safe environment for learning have played a significant role in elevating the overall performance of schools. But this is not the end of the road. Our responsibility will continue to be directed towards our children in order to provide them with education and learning that will enable them to embark on successful working lives while benefiting the nation,” said Dr Ali Al Nuaimi, director-general at the Adek and member of the Abu Dhabi Executive Council.

The names of the top-ranked schools that will be inspected less frequently were not available before print deadline. But there are now 75 high-performing Band A schools, representing 39 per cent of institutions. Four of these have been judged Outstanding, while 17 are Very Good and 54 are Good. During the previous inspection round, only 14 per cent of institutions were in Band A.

In Band B, there are now 74 schools with a satisfactory performance, representing 39 per cent of institutions.

In addition, there are 42 Band C schools that are still in need of significant improvement. Thirty-five of these institutions in Band C have been judged Weak, while seven are Very Weak. The Adek statement also added that the proportion of Band C schools decreased to just 22 per cent of all institutions, compared to 46 per cent in the previous inspection round.

In addition, nearly 40 per cent of schools have high standards in three core performance areas, including students’ achievement, teaching and assessment, and leadership and management.

“Results from this round of inspections are promising and show the tremendous effort exerted by most of the schools, who have partnered with us to ensure an improvement in education standards,” said Hamad Al Daheri, executive director for private schools and quality assurance at the Adek.

“Schools that have improved their rankings are [evidently] familiar with the Department of Education and Knowledge regulations and work to ensure students are offered quality education that promotes talent, innovation, dedication and determination among our future generation,” he added.

In a bid to caution low-performing schools, the Adek announced in June that Band C schools would not be able to enrol new students. The decision impacted 26 schools for the 2017-2018 academic school year.

Meanwhile, the fifth round of inspections have already begun since the start of the 2017-2018 academic year.