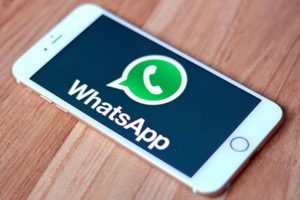 Dubai: Police are warning social-media users to be careful about who they allow to use their smartphones following the report of a woman who said her WhatsApp account was allegedly hacked by a fellow student who only had brief access to her device.

Police are investigating a complaint by a woman university student who said someone hacked into her WhatsApp account and accessed her conversations and private pictures.

Major-General Khalil Ebrahim Al Mansouri, Assistant to the Dubai Police Chief for Criminal Investigation Affairs, said they discovered that her colleague manipulated her account and managed to get access to it round-the-clock.

“She came to Dubai police saying someone hacked her phone and is watching her conversation and pictures she exchanges with her friends through WhatsApp,” Maj-Gen Al Mansouri said.

A team from Cyber Crimes Department asked the girl to remember if she gave the password to a friend but she couldn’t recall doing so.

It seemed as if they had reached a dead end until she recalled handing an acquaintance her phone only for a moment.

Lieutenant Colonel Salem Bin Salmeen, Deputy director of Cyber-Crimes Department at Dubai Police, said they called the young student and checked his phone and personal computer and discovered that he opened her account on WhatsApp and changed the setting so that he could open her account through his own computer.

“He changed the setting when she gave him the phone and then he managed to open a window on his computer and start watching her conversations and download her pictures.

“He said he was curious to know her news and with whom she was chatting and to tease her without knowing he can be prosecuted,” Lt-Col Bin Salmeen said.

Dubai Police warned people to be careful about their phones and privacy of their accounts.

“People need to be careful when they enter the password or if they give the phone to someone else.”

Lt-Col Bin Saleem said device owners should also be wary of handing damaged electronics to repair technicians they are not familiar with.

“Sometimes technicians copy the content of the phones and use it in illegal way by publishing it or selling it to others or blackmail the phone owners. People need to follow up the repair by themselves to make sure nothing wrong happens,” Lt-Col Bin Salmeen said.

He said many people don’t know how to back up their phones so they go to repair shops but they need to inform the technician that he can sue him if the content was stolen or copied.

“The backup is easy and anyone can know how to make it by himself using instructions on YouTube rather than going to repair shops and risk his data and pictures to be stolen,” he said.

These rich countries have high levels of child poverty