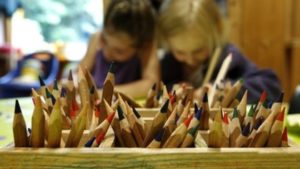 ABU DHABI // The names of 23 private schools banned from registering new pupils because of poor performance were released on Tuesday.

Abu Dhabi Education Council announced last week that schools consistently ranked as weak or very weak under the UAE School Inspection Framework would be prohibited from enrolling new or transfer pupils until they raised their standards to a rank of acceptable – the minimum level required for every school in the country.

The Government inspects the country’s private schools every one or two years, depending on the emirate in which they operate. 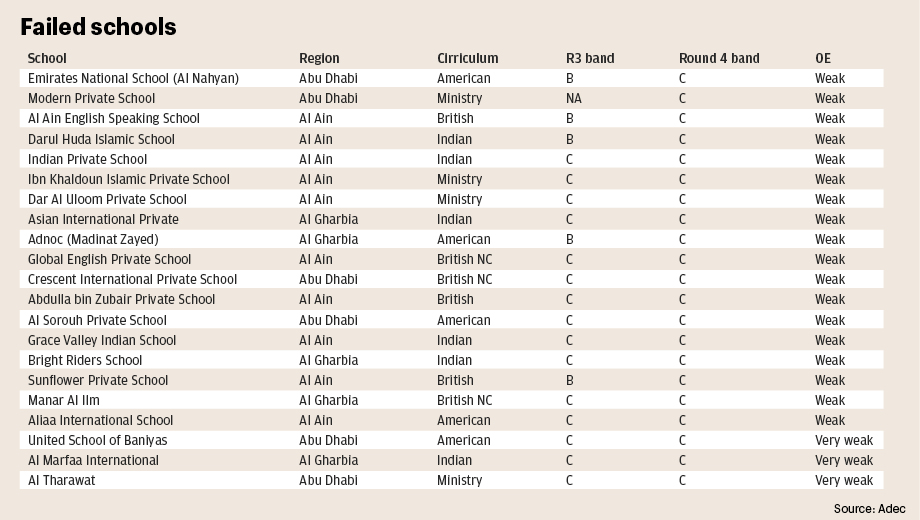 The schools are graded on a six-point scale ranging from very weak to outstanding.

Weak schools are defined as those where the “quality of performance is below the expectation of the UAE”, while very weak schools are “significantly below”.

Of the schools identified by Adec’s Irtiqa’a inspectors as failing to meet basic standards, 11 are in Al Ain, seven in Abu Dhabi and five in Al Dhafra region.

Adec said it was working with the schools to improve their standings, by reviewing improvement plans, providing mentoring, sharing best practices and providing access to professional development.

So far this academic year, Adec has published Irtiqa’a reports for 66 schools inspected between October and February.