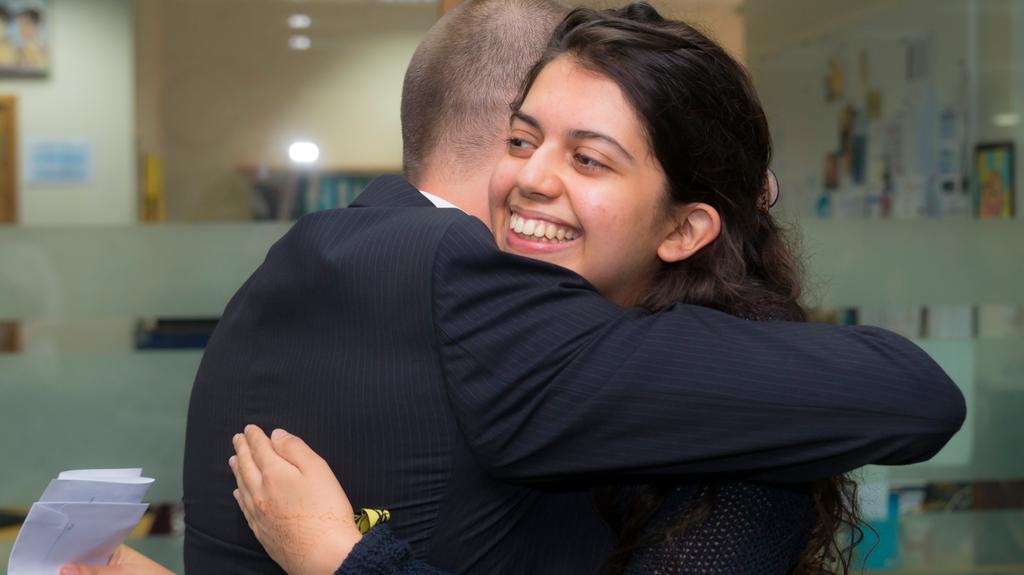 Pupils studying at International Baccalaureate schools in the UAE have exceeded the global average in their exams, with some scoring among the highest possible results .

At least one pupil, 18-year-old Sara Dube from Jumeirah English Speaking School – Dubai (JESS), earned a perfect score, a feat achieved by less than 1 per cent of all students in the IB Diploma Programme (IBDP) curriculum worldwide.

Sara is among only 218 pupils worldwide to achieve a perfect score of 45.

“I was really surprised when I opened the envelope and saw the results,” said Sara, a native of India who has most recently lived with her family in Dubai and Poland. “I’m really happy.”

Like all pupils enrolled in the two-year IB diploma programme, Sara was required to take courses within six subject groups: language and literature; foreign language acquisition; individuals and societies; sciences; mathematics and the arts. At least three of the subjects have to be “higher level” classes and three can be standard.

Additionally, all IBDP pupils must take a class called Theory of Knowledge – similar to a philosophy class – and complete self-directed study that will culminate in a 4,000-word essay as a prerequisite for earning the diploma. For her essay, Sara chose to write about how the protagonists of Albert Camus’ The Stranger and The Fall personified the evolution of his absurdist philosophy. And she wrote it in French.

“She is the kind of person who loves to learn,” said Sonia Singh, her mother.

Whenever people questioned her about choosing to study four higher level classes, as opposed to the minimum of three that is required, she would brush away their warnings that she would be running the risk of having her final scores go down with the tougher classes.

Sara’s proven love of learning earned her entrance to the University of Oxford where she will study philosophy, politics and economics this autumn.

Only about 1 per cent of all IB diploma programme pupils earn 40 points or higher, but a number of UAE schools boasted pupils with scores higher than 40.

Two pupils at the British International School Abu Dhabi earned points 40 or above.

Of the 387 pupils who wrote exams at GEMS Education’s six IB schools, at least 10 pupils earned near-perfect scores between 43 and 44, including Alexandra Haines from Dubai American Academy, Audrey Cordelle from GEMS World Academy, Dubai and Ivan Szergyuk from GEMS Wellington International School, who all scored 44.

Alexandra, who will be studying medicine at the University of Edinburgh, said there was no secret to her academic success.

“I worked throughout the two years, I worked hard,” the 18-year-old Swiss citizen said.

“You can’t let it overwhelm you. You do have to find a balance between work and life and it sounds weird, but you should enjoy it. There is so much that you get to learn about and go in-depth about that you wouldn’t otherwise. My advice is enjoy doing the IB and learning everything that you get to learn.”