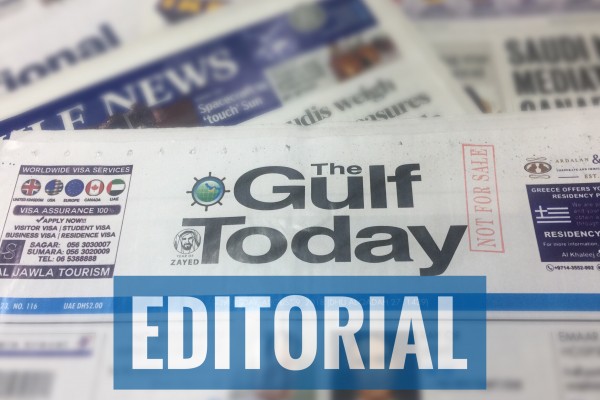 UAE Press: Refugee kids should not lose out on education

ABU DHABI, 30th August, 2018 (WAM) — Four million refugee children around the world do not attend school, an increase of half a million from a year earlier, according to the UN refugee Agency, UNHCR, and this certainly is distressing news.

An editorial in a local English language daily has said, “Children are inheritors of the future and deserve a better and peaceful planet. Every society has a major responsibility to protect children and help them in the education process. Excuses just won’t work.”

“Children in conflict zones pay the highest price for wars that they have absolutely no responsibility for. They merely happen to be at the wrong place at the wrong time,” said The Gulf Today in an editorial on Thursday. “Unfortunately, while more than half the world’s school-age refugees are excluded from education, host nations struggle under the weight of growing humanitarian crises.”


“Education is a way to help young people heal, but it is also the way to revive entire countries,” as UN High Commissioner for Refugees Filippo Grandi points out. Based on current patterns, unless urgent investment is undertaken, hundreds of thousands more children will join these disturbing statistics.

As per the UNHCR, there were nearly 20 million refugees under its mandate, which excludes about 5 million Palestinian refugees, by the end of 2017 as the number of displaced people worldwide grew.

More than half were children and 7.4 million were of school age. Only 61 percent of refugee children attend primary school, compared to more than 90 percent of all children.

The figure is even lower for older children, with less than one in four secondary-age refugees in school. Just one percent attend higher education, compared with more than a third of young people globally.

While more than 500,000 refugee children were newly enrolled in school last year, the rapidly growing refugee population means the proportion missing out on education has not shrunk.

At a time when they are supposed to be busy studying in schools, an estimated 152 million children around the world are busy working to earn for their families.

The unfortunate truth is that lack of education increases vulnerabilities to forced marriage, exploitation, and even trafficking in refugee contexts. Refugee children must be provided with basic rights such as food, shelter and education.

The Sharjah-based daily concluded by quoting the UN officials as saying that the best solution would be for refugees to be enrolled in mainstream schools rather than specially created ones and offered extra support. Barriers to enrolment such as requirements for identity documents should be removed.

Over 1 million Students back to School Sunday